Add to Lightbox
Image 1 of 1
BN_RaidersofLostArk_02.jpg 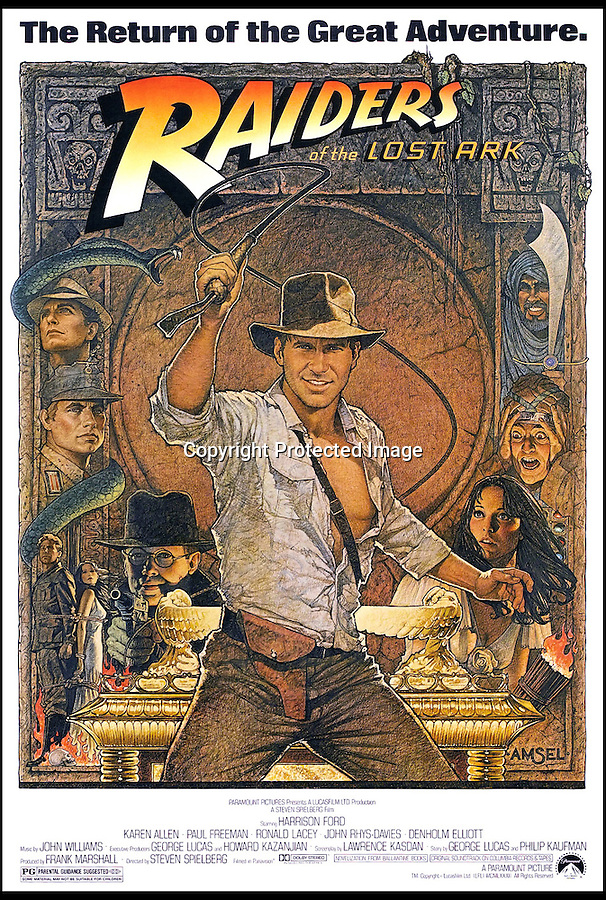 An ancient Peruvian ferility idol that kickstarted one of the most famous action scenes of the blockbuster Indiana Jones films has emerged.

The golden relic was a prop in the opening scene of 1981 film Raiders of the Lost Ark in which it is stolen by the hero treasure hunter.

Archaologist Jones, played by Harrison Ford, discovers the prized Chachapoyan fertility idol on an altar in a temple deep in the Peruvian jungle, then tries to replace it with a bag of sand.

However the theft triggers a chain of booby traps including falling walls, shooting darts and a huge rolling boulder forcing Jones to beat a hasty retreat.

Daredevil Jones manages to escape the temple in the nick of time, only to be forced to hand over the idol to a rival treasure hunter lying in wait.

Following filming the prop was given to special effects guru Kit West, one of director George Lucas' right hand men, who has treasured it ever since.

In the film the coveted idol is said to be solid gold - but the prop version is made from bronze effect composite.