Add to Lightbox
Image 1 of 1
BNPS_EarliestLondonMap_05.jpg 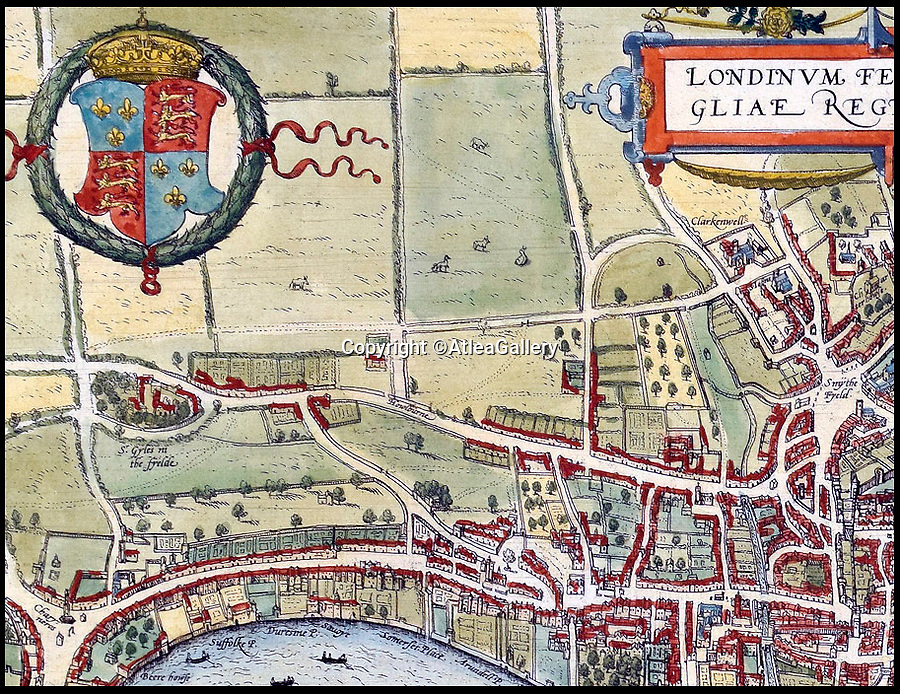 The map includes large areas of green land and sparsley populated areas to the north and south of The Thames.

An extremely rare example of the earliest surviving map of London has emerged for sale for £11,000.

It reveals there was a large settlement north of the Thames, but south of it was very sparsely populated.

There are drawings of many boats weaving their way down the river, which could only be crossed by the Old London Bridge.
©AtleaGallery 30 Mar 2017 913x704 / 855.5KB