Add to Lightbox
Image 1 of 1
BNPS_MercedesCarFire_02.jpg 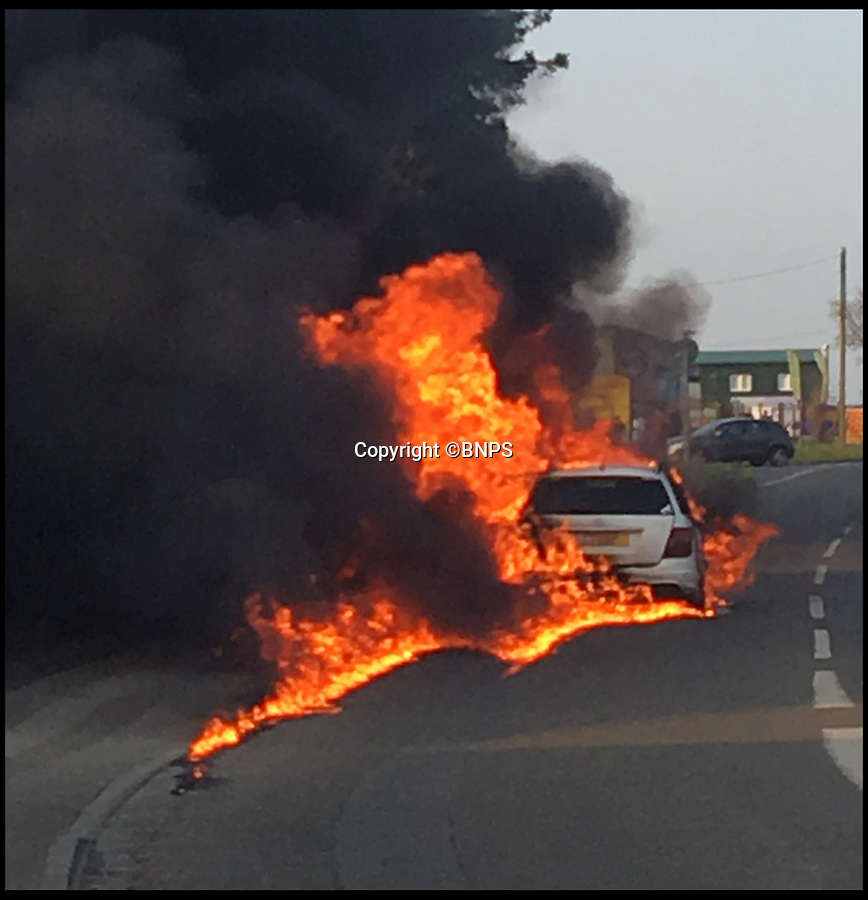 A British Airways pilot had a lucky escape when his Mercedes car suddenly burst into flames as he drove home.

John Pearce was oblivious to the fire that erupted underneath his white Mercedes C350 AMG estate car and ignored a motorist who tried to warn him by flashing his lights.

It was only when a police officer pulled in behind Mr Pearce's blazing motor and also flashed him that he stopped.