Add to Lightbox
Image 1 of 1
BN_SnakeRattleandRoll_06.jpg 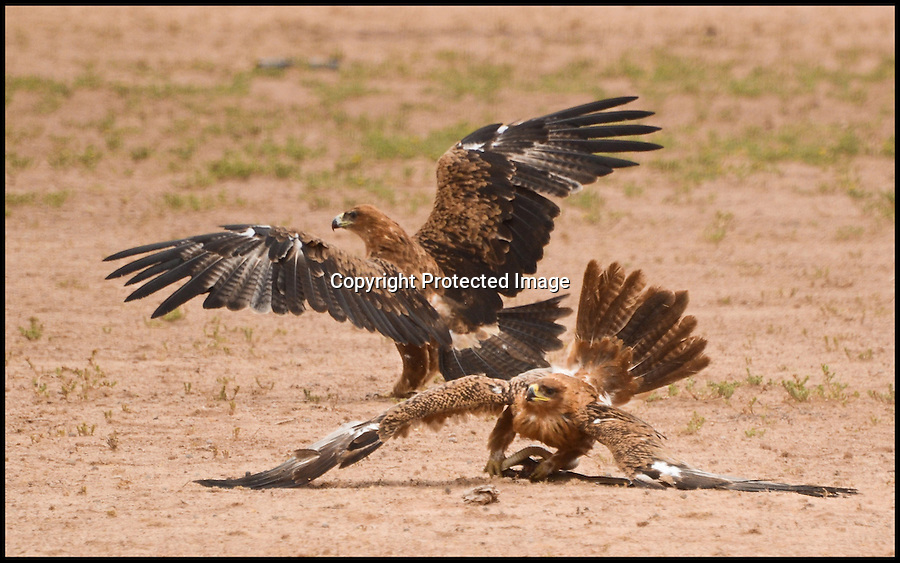 Lucky escape...but before she can tuck in another eagle launches an aerial assault..

This is the dramatic moment three eagles took to the skies to fight over an deadly snake for their dinner.

One of the Tawney Eagles had captured the Cape Cobra and tried to fly off with it when the other two caught wind and followed.

They performed a series of acrobatic stunts as they ducked and dived around the bird in vain attempts to grab the snake.

But the determined bird kept a firm grasp of the poisonous creature and swooped low to the ground before flying away from the hungry duo and settling on a nearby branch.

As the pair came closer the eagle tried to shield the cobra with its wings but eventually took to the skies again to get away from their talons.

The whole thing was witnessed by wildlife photographer Anja Denker, who was watching the encounter at the Kgalagadi National Park in Namibia, South Africa.

She snapped pictures as the trio fought for their supper and watched the trio as they flapped away, still trying to snatch the snake.