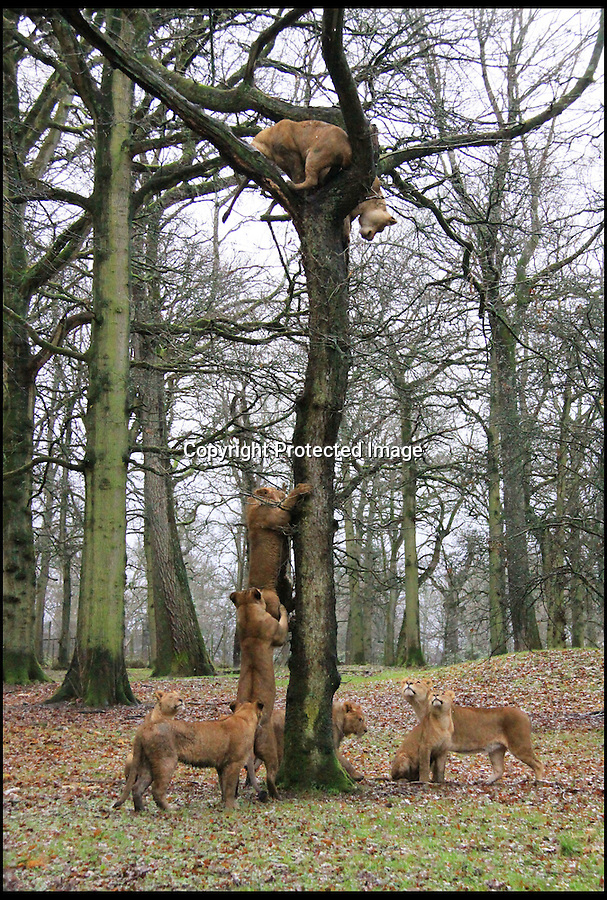 A lion plummets towards the ground after launching itself from the top of a huge 30ft oak tree in a baffling never-seen-before stunt.

The female lion first stunned keepers at Longleat Safari Park in Wiltshire by leading to other lions to the top of the tree, which is much bigger than they would normally climb.

But they were left open mouthed when the enormous beast then jumped from its perch 30ft up as space at the top got a little scarce.

Amazingly, the big cat landed on all fours just like domestic cats do when they fall.

Two of the fearless lions jumped from the top of the tree - but the third was less brave and opted to climb down instead.