Add to Lightbox
Image 1 of 1
BNPS_FirstFootballProgrammeUncovered_02.jpg 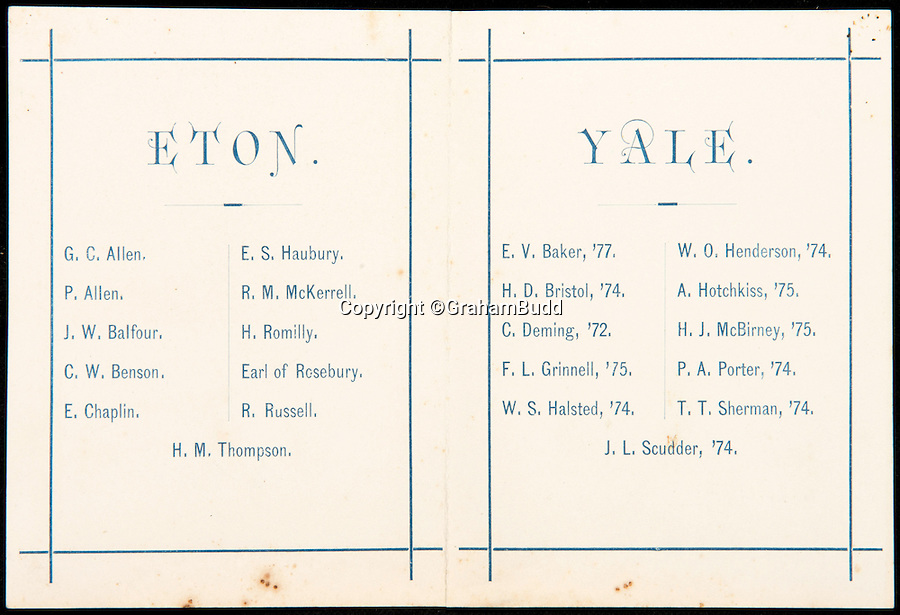 The world's oldest matchday football programme which had been left hidden inside a scrapbook for more than 100 years is tipped to sell for £30,000 at auction.

Dating from December 1873 and still in pristine condition, it was printed ahead of the first overseas international game ever played.

This was an encounter between the prestigious Eton and Yale colleges which was hosted at the American students' campus in New Haven, Connecticut.

The card document featuring the teams' starting XI and space to fill in the score was produced more than a decade before programmes became a regular fixture at high profile games in England.