Add to Lightbox
Image 1 of 1
BN_FarmDrone_04.jpg 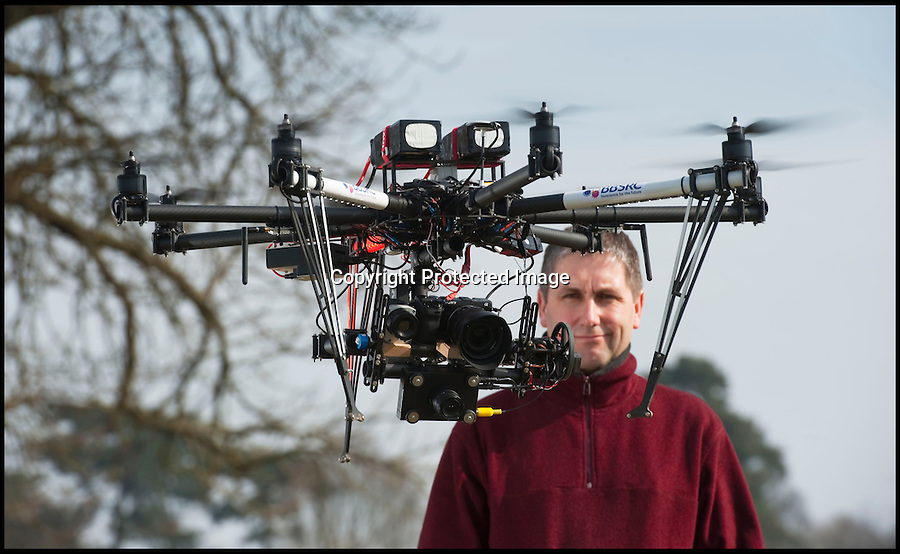 Pilot Andrew Riche with the 'OctoCropter'

Drone technolgy now reaches down to the farm.

Plucky British scientists have come up with an ingenious way of surveying hundreds of acres of crops - by employing a 25,000 pounds drone helicopter used to film Hollywood movies.

It can collect the same amount of information in a five-minute flight than a team of staff would collect in a day.

A relatively recent invention, drone helicopters are more commonly seen on movie sets where they are used to film aerial shots.

But the carbon fibre eight-rotor copter is now being put to work by boffins at Rothamsted Research, the longest running agricultural research station in the world.
P Yeomans 13 Mar 2014 4010x2466 / 707.5KB