Add to Lightbox
Image 1 of 1
BNPS_ShopOwnerFightsOffKnifeRobber_01.jpg 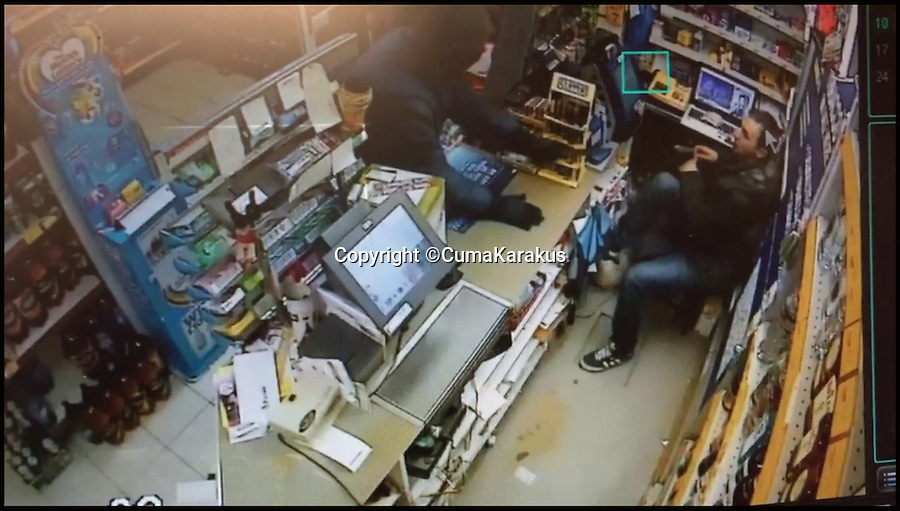 The moment that Cuma was confronted by the robber.

This is the dramatic movement a heroic shopkeeper scared off a knife-wielding raider by launching a glass jar of dog biscuits at him.

Brave Cuma Karakus dodged the masked thug's eight inch blade as he jabbed over the counter armed only with the treats he keeps for customers' pets.