Add to Lightbox
Image 1 of 1
BN_FastestWomanInTheWorld_08.jpg 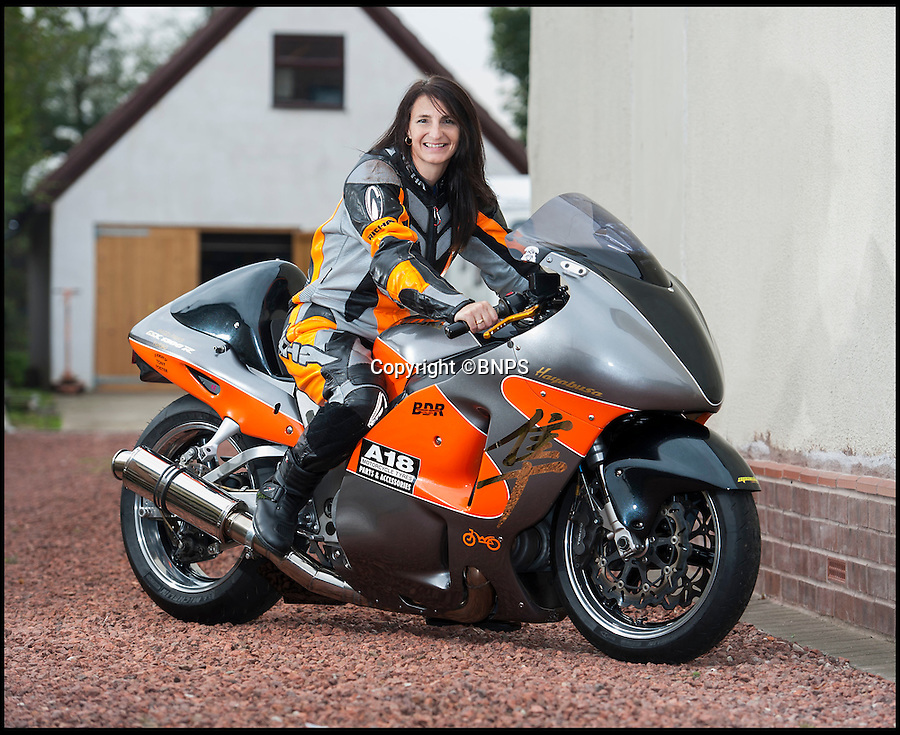 A 46-year-old mum of two has become the world's fastest woman on two wheels after going a blistering 264mph on a motorbike her husband built in their garage.

IT analyst Becci Ellis showed nerves of steel as she set the incredible speed on her modified Suzuki bike, smashing the existing world land speed record by a whopping 20mph.

Becci, from Scunthorpe, Lincs, bought the off-the-shelf bike second hand in 2008 to use as spares but after testing it on a track she realised it had potential to be a record-breaker.

Her husband Mick has spent the last two years tweaking the 1300cc bike and developing a one-of-a-kind turbo system to boost Becci to breakneck speeds.