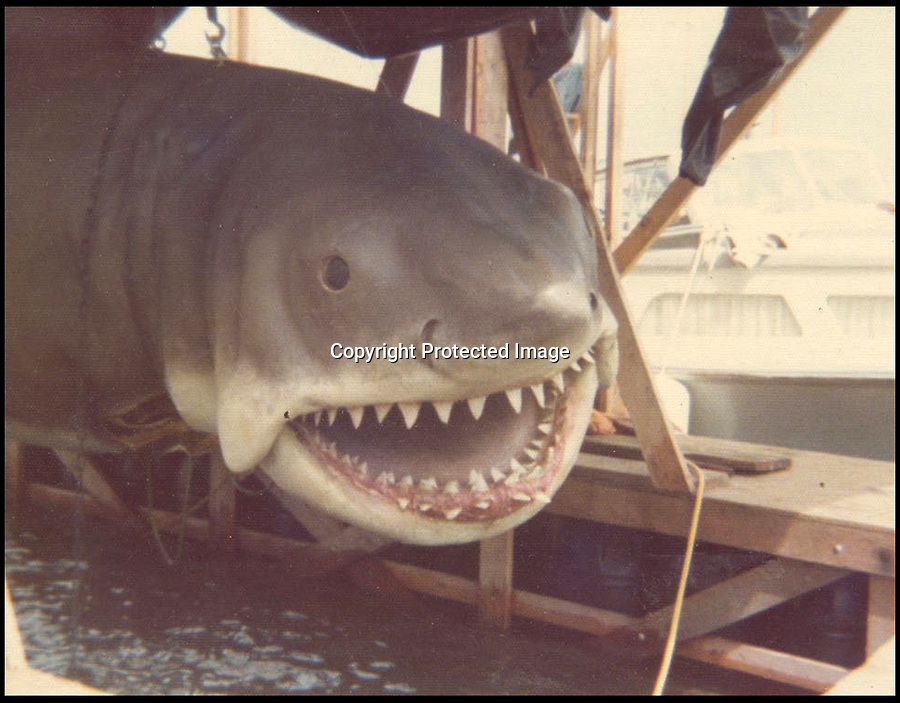 One of the huge mechanical dummy sharks used in filming.

Rare behind-the-scenes photographs taken on the set of the cult movie 'Jaws' has surfaced after 40 years.

The 75 pictures include ones of star Roy Scheider, who played shark-hunting police chief Brody in the classic 1975 film, and director Steven Spielberg.

There are several snaps of the giant mechanical rubber shark that wreaked terror on the fictional seaside resort of Amity.