Add to Lightbox
Image 1 of 1
BN_AardvarkAttack_05.jpg 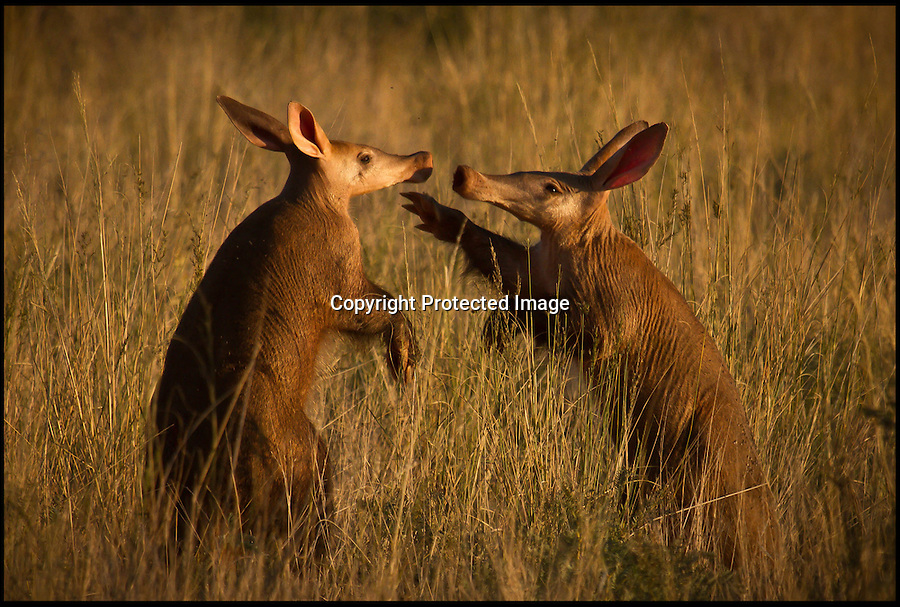 This is the amusing moment two short-sighted aardvarks almost bumped heads as they tried to sniff the other one out.

The nocturnal creatures are rarely spotted in the day but had both woken up from their sleep and were snuffling around in tall grasses for food.

After hearing each other's movements the animals used their acute sense of hearing and smell to walk closer, but ended up almost crashing into one another.

The pair of unusual creatures, who can see no further than the end of their noses, then stood up on their hind legs and greeted one another.

The moment was captured on camera by amateur photographer Cameron Pearce, at the Tswalu Kalahari reserve in South Africa, who was watching the encounter from a van.

His photographs are incredibly rare because it is almost unheard of to photograph two aardvarks in the same picture due to their secretive nature and nocturnal habits.
Zach Culpin 4 Jun 2013 2769x1865 / 1.7MB