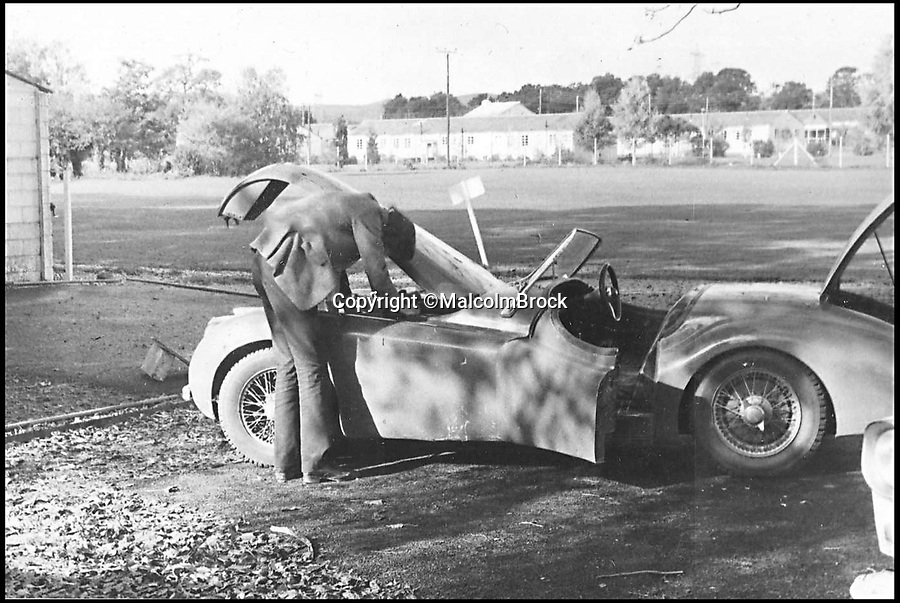 Malcolm working on his Jaguar in 1957.