Add to Lightbox
Image 1 of 1
BNPS_ParagliderRescued_01.jpg 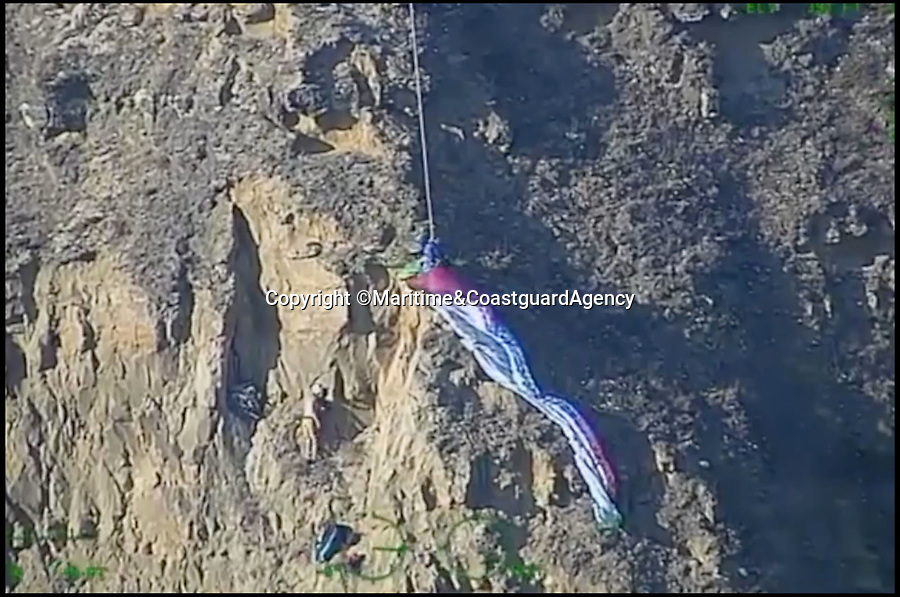 Screen shots from a video showing a paraglider being rescued after crashing into a cliff at Thorncombe Beacon, Dorset - yesterday evening (15/7/18).

This is the dramatic moment a paraglider was rescued after crash-landing into a 500ft cliff.

The man, aged in his late 20s, found himself stuck on a very narrow ledge about 280ft up the cliff at Thorncombe Beacon, near West Bay, Dorset.

Luckily a member of the public witnessed him crash and called the emergency services at 5.50pm on Sunday.