Add to Lightbox
Image 1 of 1
BNPS_UnseenBeatlesPix_03.jpg 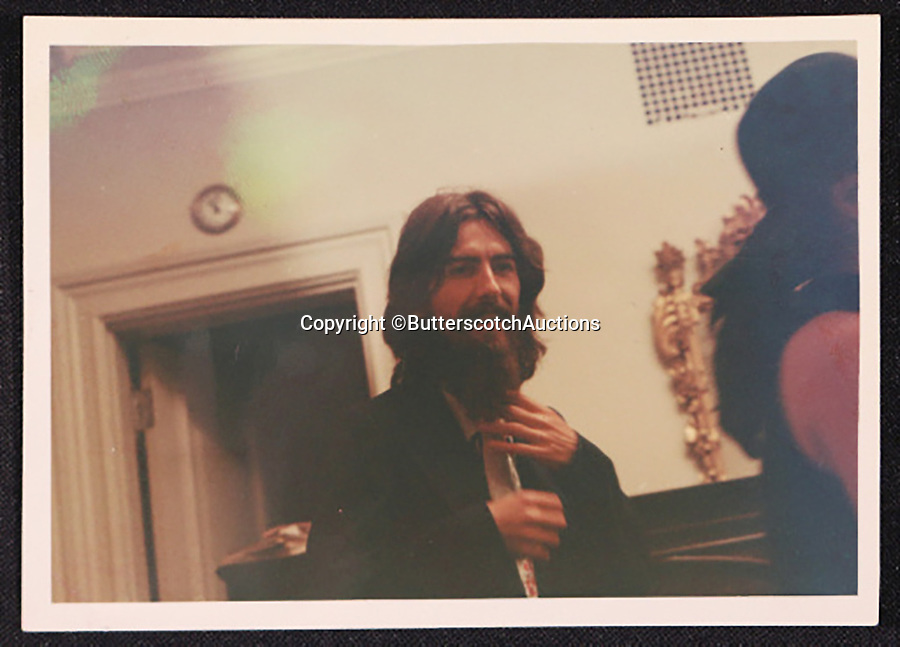 Candid unseen photos which show John Lennon and George Harrison relaxing away from the public gaze a year after The Beatles split have been unearthed.

The five intimate snaps were taken by a music executive who worked with the pair in New York on the Let It Be album, The Beatles' final album, and would even fill in for producer Phil Spector during his collaborations with Lennon.

He built up a friendship with Harrison which endured after the fab four went their separate ways and photographed both former Beatles' at a New York apartment in the lead up to Harrison's Concert for Bangladesh in August 1971.

However, things are rumoured to have turned sour between Harrison and Lennon shortly after this meeting as Lennon allegedly reneged on his agreement to perform at the fundraising concert without his wife Yoko Ono.
©ButterscotchAuctions 14 Apr 2017 1067x767 / 345.5KB