Add to Lightbox
Image 1 of 1
BN_LawnmowerMan_01.jpg 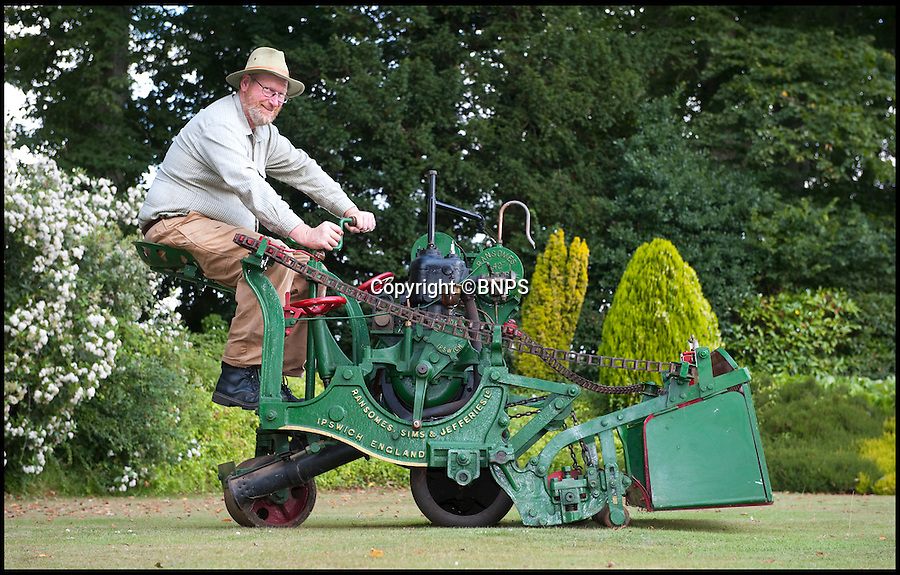 One man went to mow.

The 1 1/4 ton leviathan cost £137 in 1903 - equivalent to a whopping £15,000 in todays money. In consequence they were only available to the very rich, but aristocratic one upmanship lead to a rapid 'lawnmower arms race' untill the first war intervened.

Although the first machine it still boasts many of the features still common a century later, 42inch blade, heavy roller, tiller steering, a huge grass box that could be emptied from the driver seat and adjustable blade height. Brakes however were a later innovation so much skill was required to pilot the huge contraptions.
©BNPS 3 Aug 2014 4299x2747 / 1.6MB