Add to Lightbox
Image 1 of 1
BNPS_ArmedRobbery_07.jpg 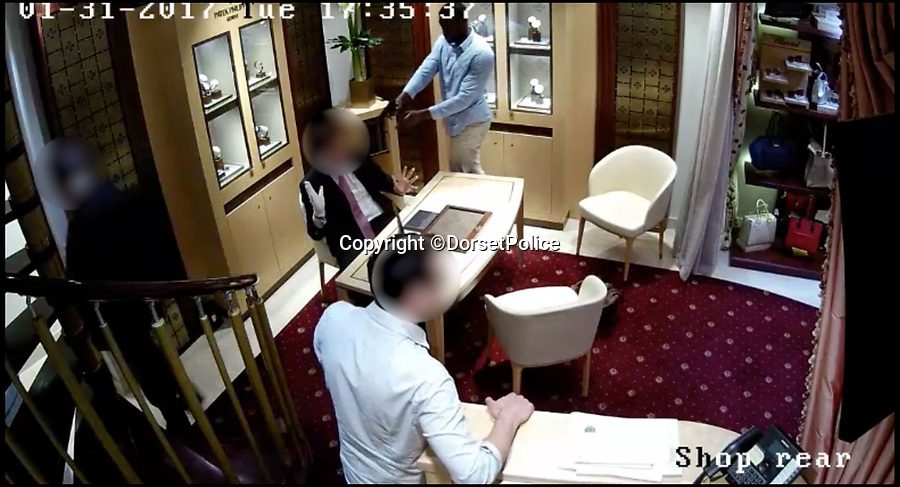 Michael Adiat pulls out a gun of his trousers and threatens shop assistant Ben-Simon Charles and shop owner Jeff Franses.

Shocking CCTV that shows how two violent armed robbers posed as respectable customers before overpowering staff at a jewellers armed with handguns and a lump hammer has emerged.  The two smart looking men sat down at a desk with shop assistant Ben-Simon Charles, who showed them luxury watches worth up to £50,000.  Without warning one of them stands up, pulls out a pistol hidden under his jacket. His accomplice pulls a gun from his waistband and grabs Mr Charles in a headlock while threatening to kill him and shop owner Jeff Franses.  The assailant wielding the hammer threatens a third employee with it before smashing the reinforced glass of display cabinets to get to the expensive watches.
©DorsetPolice 29 Mar 2018 2252x1218 / 304.2KB