Add to Lightbox
Image 1 of 1
BNPS_NotoriousClubCostumes_07.jpg 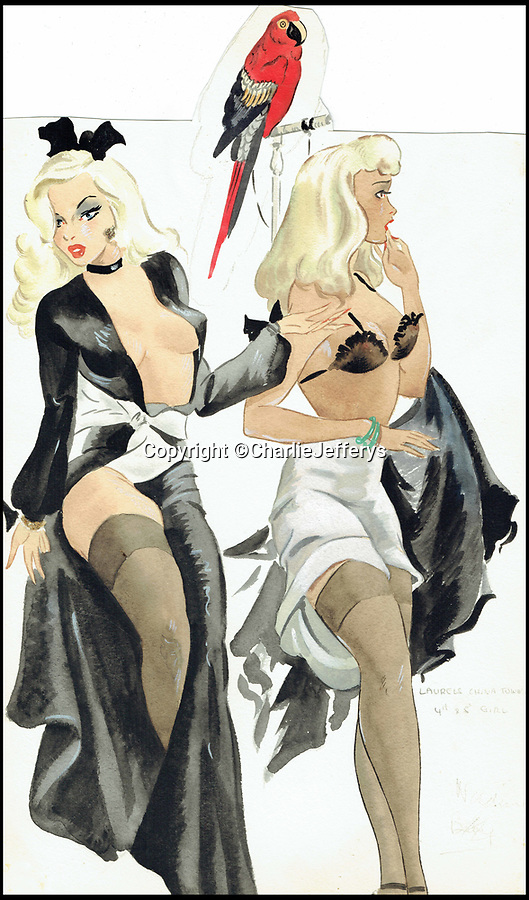 The glamorous costume designs from the notorious Murrays Cabarat Club in the heart of 1950's Soho have been rediscovered .

They give a unique peek into its glamorous world populated by such diverse clientele as Princess Margaret, Jean Harlow, Randolph Churchill and even the Kray twins.

The sketches show off the barely-there outfits the scantily-clad performers such as Christine Keeler wore in the fifties and swinging sixties.

Keeler was the most famous showgirl, whose affair with war minister John Profumo helped bring down the Conservative government in 1964.
©CharlieJefferys 24 Jan 2018 5847x9945 / 2.9MB