Add to Lightbox
Image 1 of 1
BNPS_BernardCockcroft_019.jpg 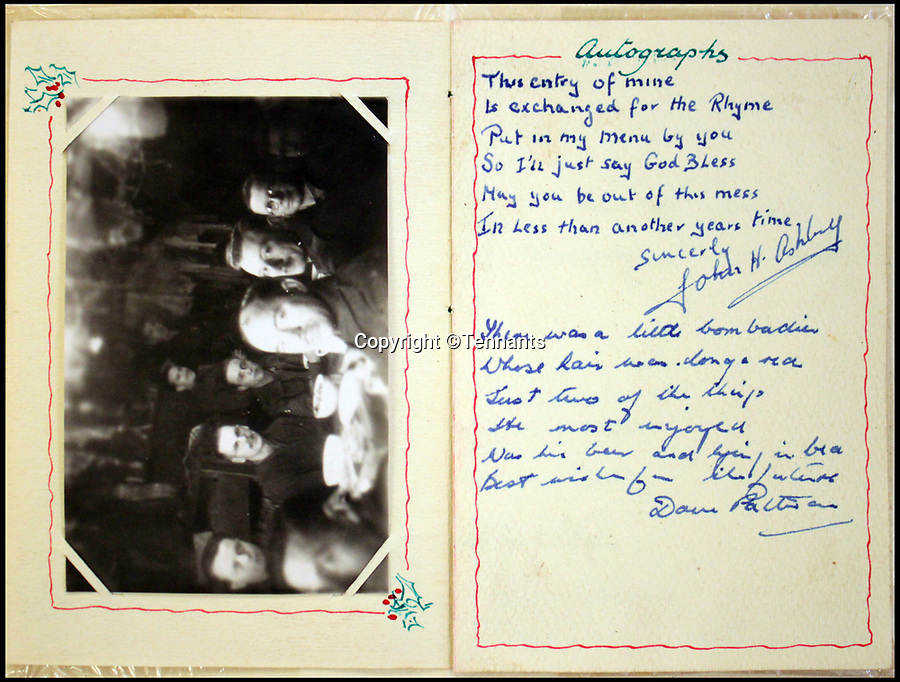 A christmas card given to Bernard Cockcroft by his room mates during his time at Stalag PoW camp.

The sets, costumes, performances and concert programmes were of almost professional standards, with a great deal of time, effort and skill clearly going into creating them.
©Tennants 13 Mar 2018 3865x2930 / 1.2MB