Add to Lightbox
Image 1 of 1
BNPS_EdwardianCriminals_06.jpg 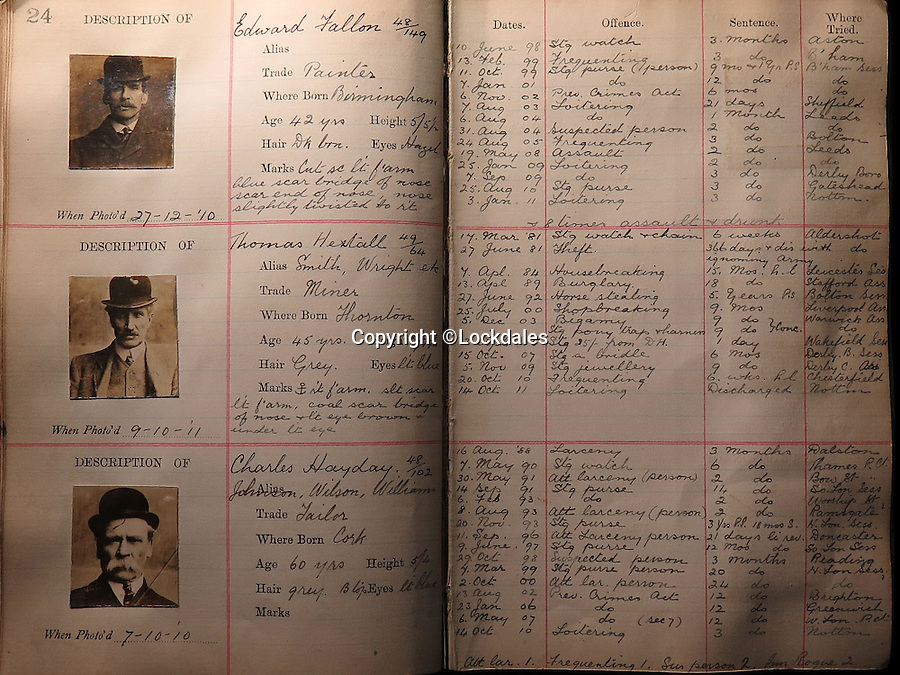 A prison governor's ledger has come to light after 100 years to reveal a rogue's gallery of Victorian criminals and the petty offences that saw them jailed.

The fascinating document is filled with black and white mugshots of ne'er-do-wells along with a list of their convictions which today would barely warrant going to court.

Some of the bizarre crimes that led to jail terms back then included the theft of chocolate, stealing a haddock, frequenting a brothel and being an 'incorrigible rogue'.