Add to Lightbox
Image 1 of 1
BNPS_ForgottenArticExpedition_014.jpg 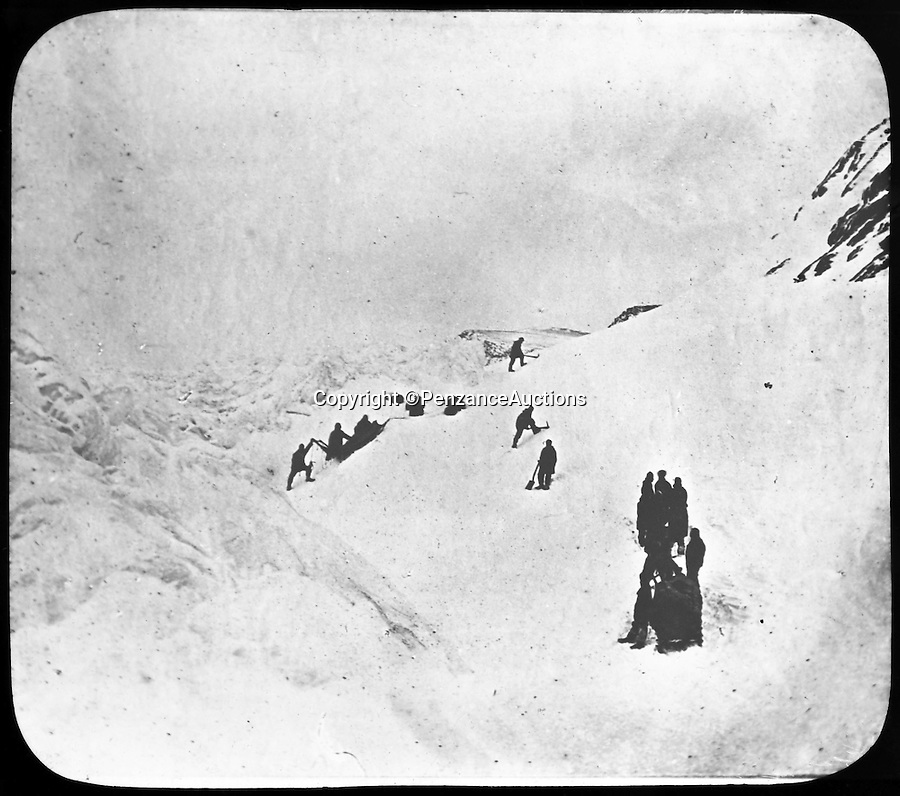 Incredibly rare glass slides depicting the British expedition to the North Pole in 1875 have been found 140 years later.

The remarkable images from the early days of photography depict the brave men and their Inuit guides who endured sub-zero temperatures to try to become the first to reach the pole in 1875.

Photographers Thomas Mitchell and George White went on the failed expedition and now 42 of their glass slides have been found in a box during a house clearance in Cornwall.
©PenzanceAuctions 31 Aug 2016 2306x2038 / 448.5KB