Add to Lightbox
Image 1 of 1
BNPS_KingPowerSunseeker_02.jpg 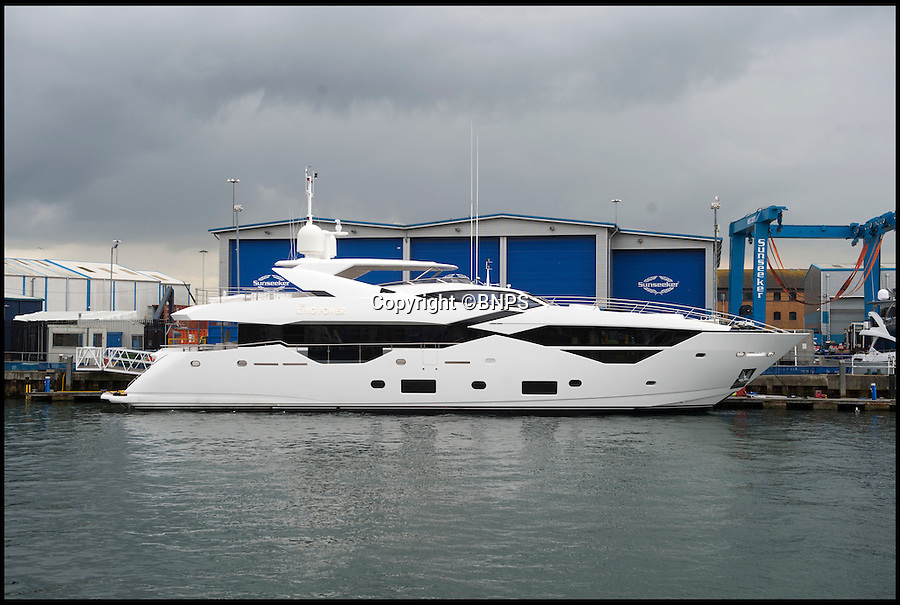 Leicester City's billionaire owners appear to have pushed the boat out following their team's Premier League triumph by splashing out on an £11 million super yacht.

Boasting five luxury overnight cabins and a top speed of 26 knots, the sleek 116ft vessel is currently docked at Poole Harbour in Dorset ahead of its delivery.

The yacht, which shares the same branding as Leicester's King Power stadium, has been purchased directly from prestige boat builders Sunseeker.

It is believed to have been bought by the club's chairman Vichai Srivaddhanaprabha, who acquired the East Midlands outfit in 2010 and last season celebrated them winning the top flight title for the first time.
©BNPS 8 Oct 2016 4831x3247 / 1.4MB