Add to Lightbox
Image 1 of 1
BNPS_TrumpStein_06.jpg 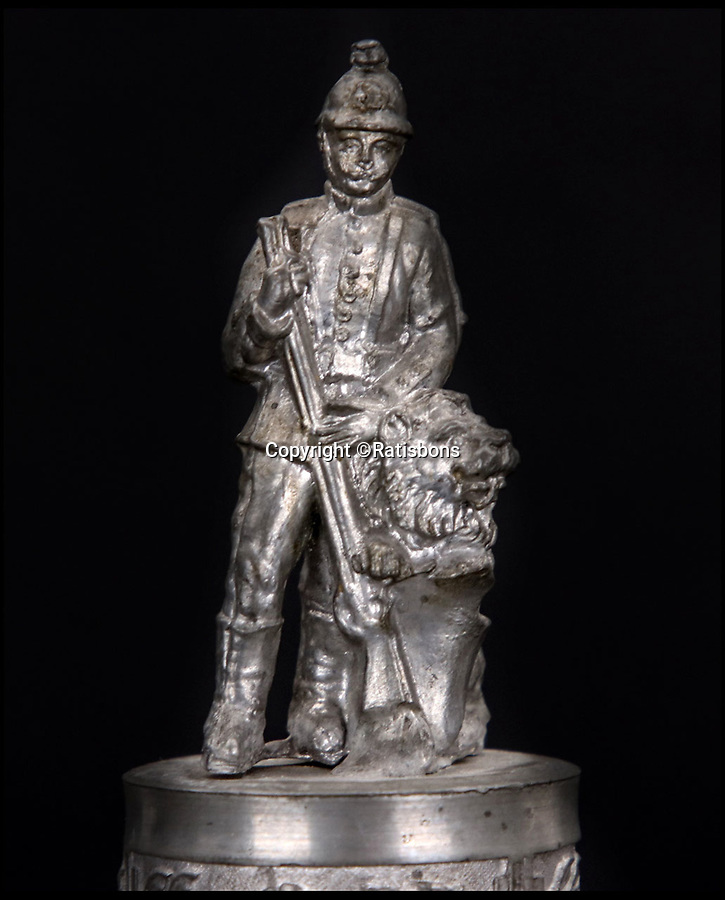 Soldier on the hinged lid.

An ornate beer stein that belonged to one of Donald Trump's German ancestor is being auctioned - suggesting that the famously teetotal Presidents relatives clearly liked a beer.

The stein is inscribed to 'Infantryman Trump' as well as listing all the other members of his volunteer regiment in the Imperial army just prior to World War One.