Add to Lightbox
Image 1 of 1
BNPS_TitanicBrochure_19.jpg 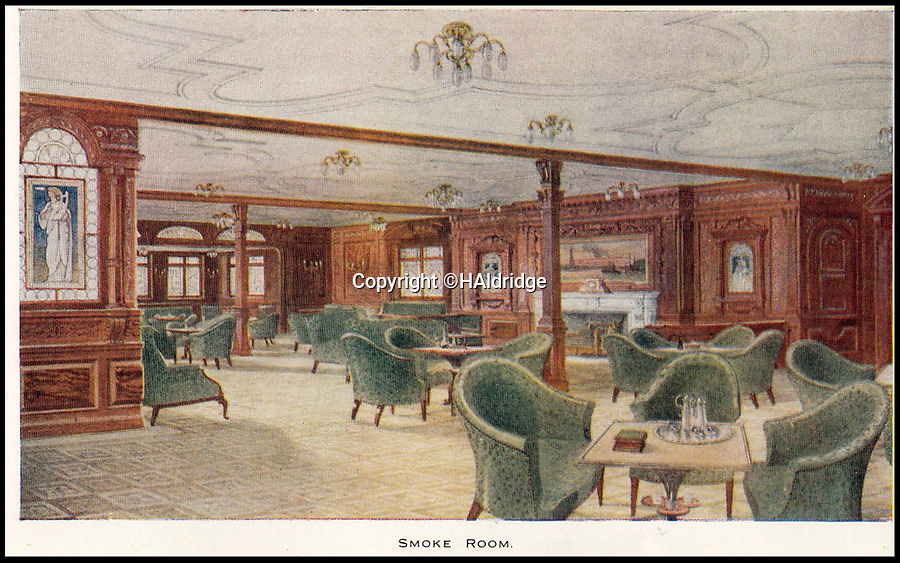 A smoke room on the Titanic.

A rare holiday brochure for the Titanic has surfaced after 106 years.

The brochure was specifically aimed at rich first and second class passengers and contained colourful images of the most luxurious parts of the doomed liner.

It walked the reader through different parts of the 'unsinkable' ship, from the opulent reception room, to the Louis XVI period designed restaurant and the promenade deck.

The sumptuous state rooms that cost the equivalent of £40,000 to stay in, are featured in the fascinating brochure as is the famous grand staircase that featured heavily in the 1997 movie starring Kate Winslet.
©HAldridge 2 Oct 2018 1793x1120 / 591.5KB