Add to Lightbox
Image 1 of 1
BNPS_CaterpillerPlagueOnPortland_03.jpg 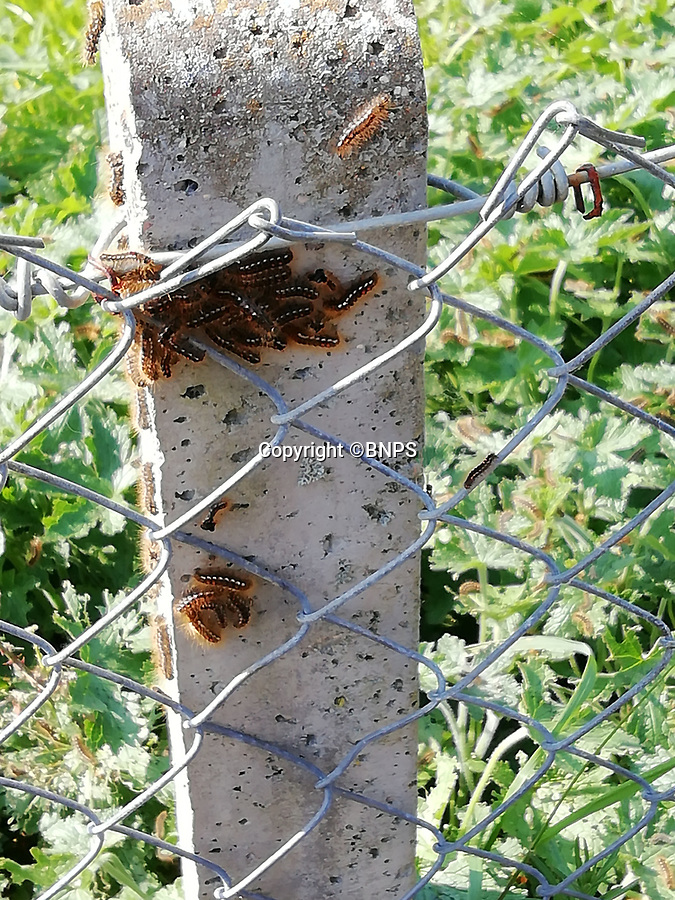 A holiday isle has been hit by a plague of caterpillars.

The invasion of the creepy-crawlies has led local residents to come out in rashes, develop blisters and even suffer breathing difficulties.

The brown tail moth larvae caterpillars, that are covered in hairs that can be toxic, have been found crawling all over some properties on Portland, Dorset.

One mother claims the numbers are so great she has been unable to leave her home with her two-year-old son as the caterpillars keep falling into his pushchair.
©BNPS 29 Apr 2019 3120x4160 / 1.6MB