Add to Lightbox
Image 1 of 1
BNPS_WW1Letters_03.jpg 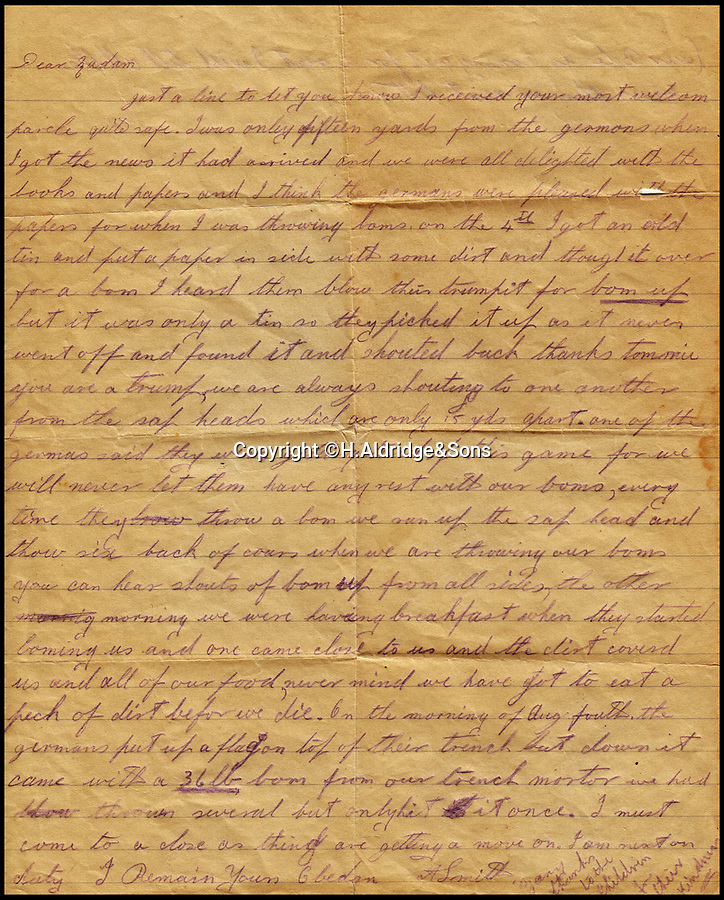 Harrowing letters sent from a tragic Tommy from the Western Front in which he describes how 'every man is ready for the mad rush to death' have been unearthed.

Lance Corporal Alfred Smith's powerful insight into life in the trenches shows how the men lived with a sense dreaded inevitability about their fate.

The young soldier wrote home on the eve of a bayonet charge on the German trenches that were 100 yards away and so close the British men could hear the enemy sing.

L/Cpl Smith told how the brave men were prepared to die 'for England and freedom'.