Add to Lightbox
Image 1 of 1
BNPS_ComicPropogandaRevealed_07.jpg 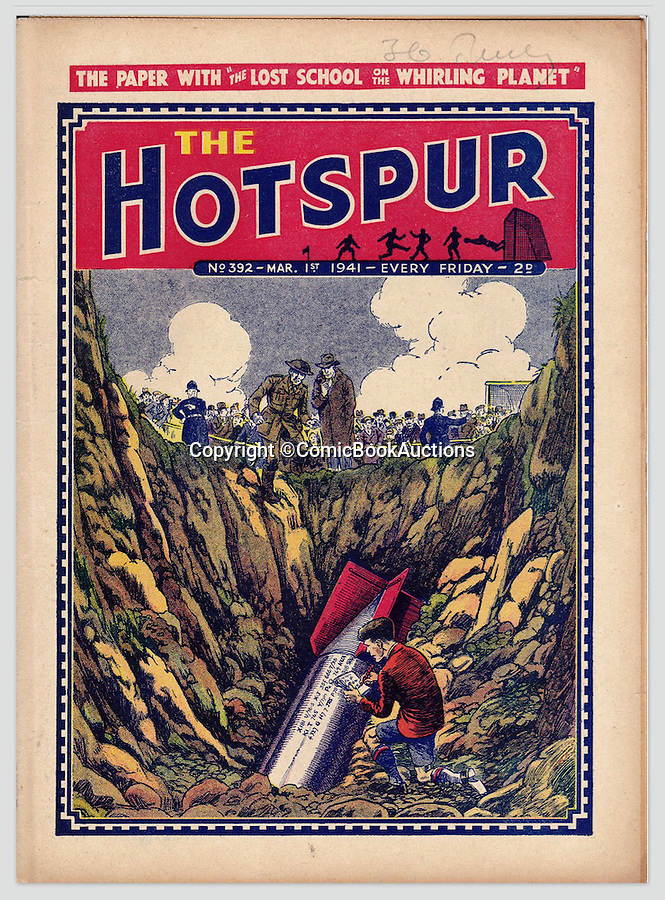 Even during the Blitz the Hotspur showed a plucky schoolboy disarming a German bomb that had landed on the school football pitch.