Add to Lightbox
Image 1 of 1
BNPS_WhatWereTheyThinking_012.jpg 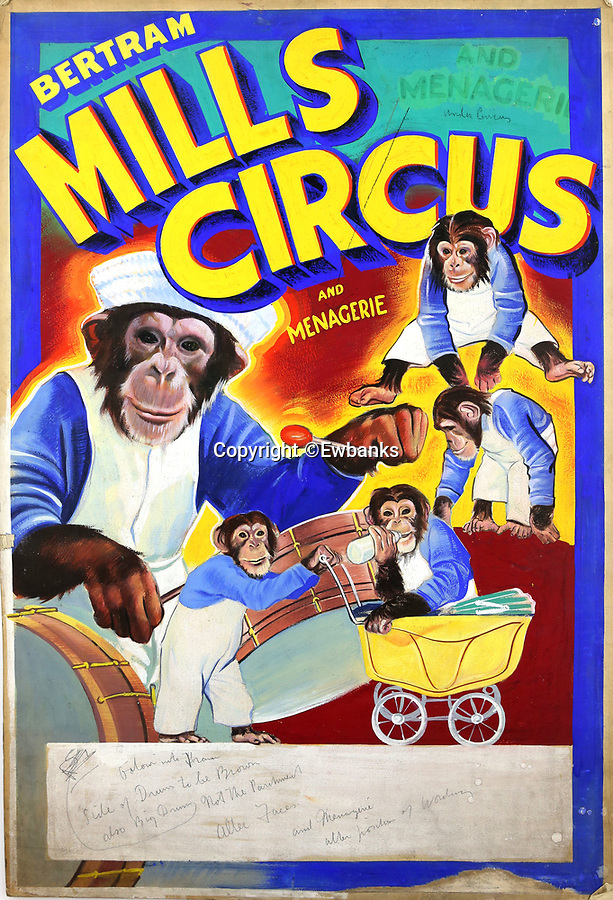 What we're they thinking! - incredibly inappropriate circus artworks from a time before political correctness was ever heard off come up for sale.

A collection of original artwork for vintage circus posters that hark back to a less politically correct time have emerged for sale for more than £30,000.

Over 300 classic designs are set to go under the hammer, several of which involve performing animals in fancy dress as part of the act.

They were produced by W. E. Berry Ltd of Bradford, West Yorks, who were industry leaders for posters for more than 75 years from the 1920s.

The firm made and distributed posters for the likes of Disney, Universal and Columbia Pictures during a highly successful period at the top.
©Ewbanks 6 Jan 2020 2904x4263 / 1.9MB