Add to Lightbox
Image 1 of 1
BN_AliBoxingGloves04.jpg 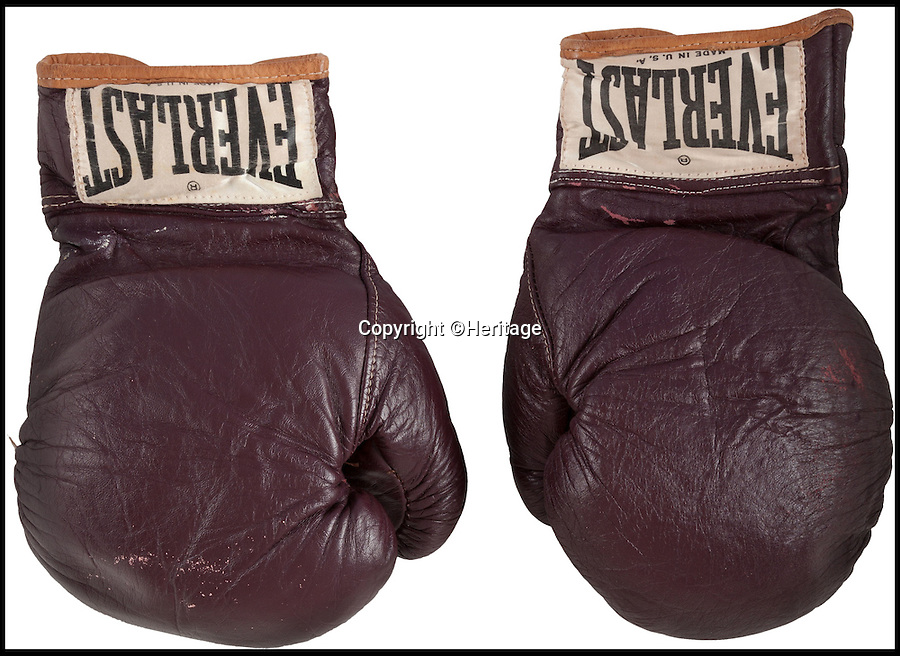 The gloves worn by Muhamma Ali in his first ever professional defeat against 'Smokin' Joe Frazier in March 1971 are set to go on auction on July 31st.

The boxing gloves worn by Muhammad Ali in his first ever professional defeat at the hands of arch-rival 'Smokin' Joe' Frazier have emerged for sale for 300,000 pounds.

The gloves were used by the boxing hero when he took to the ring against Frazier in March 1971 in a bout billed as the 'Fight of the Century'.

Frazier was the most intimidating fighter at the time and the match, in New York's Madison Square Garden on March 8, 1971, was one of the most anticipated in the sport's history.

The fight resulted in Ali's first ever professional loss and set the stage for a thrilling rematch against Frazier in New York in 1974 and the series decider, the Thrilla in Manilla, the following year, both of which Ali won.

Experts have tipped them to fetch upwards of 300,000 pounds when they go under the hammer in the Heritage Auctions sale in Cleveland, Ohio, on July 31.

And they could challenge the current world record for boxing memorabilia set in February this year when a pair of Ali's gloves from his 1964 heavyweight victory against Sonny Liston sold for 540,000 pounds.
©Heritage 8 Jul 2014 3036x2215 / 834.4KB