Add to Lightbox
Image 1 of 1
BN_BritainsYoungestShepherd_19.jpg 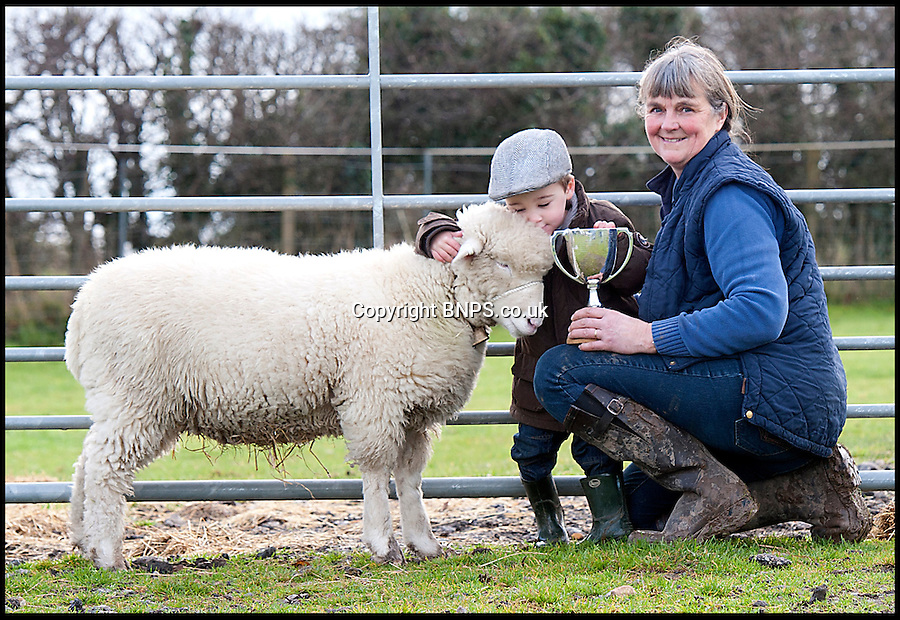 Arthur Jones (2) with his Nan Nicky Jesse, Twinkle and the cup they won at The Dorset County Show for child that showed the most endeavour.

Little Arthur Jones is Britain's youngest shepherd - at just two and a half years old.

He's not even old enough to go to school but Arthur already looks after his own flock of sheep which he herds himself on a mini quad bike.

The inspirational toddler has formed a special bond with Twinkle, a lamb which like himself was born prematurely.

He helped nurse Twinkle back to health, and the pair now are so inseparable that Twinkle comes running when she hears Arthur's voice.

Arthur suffers from cerebral palsy but has not let the condition come between him and his animals, which he tends to daily at his grandmother's farm.
BNPS.co.uk 17 Dec 2013 2190x1509 / 1.2MB