Add to Lightbox
Image 1 of 1
BNPS_UpAndDownAsparagusSeason_01.jpg 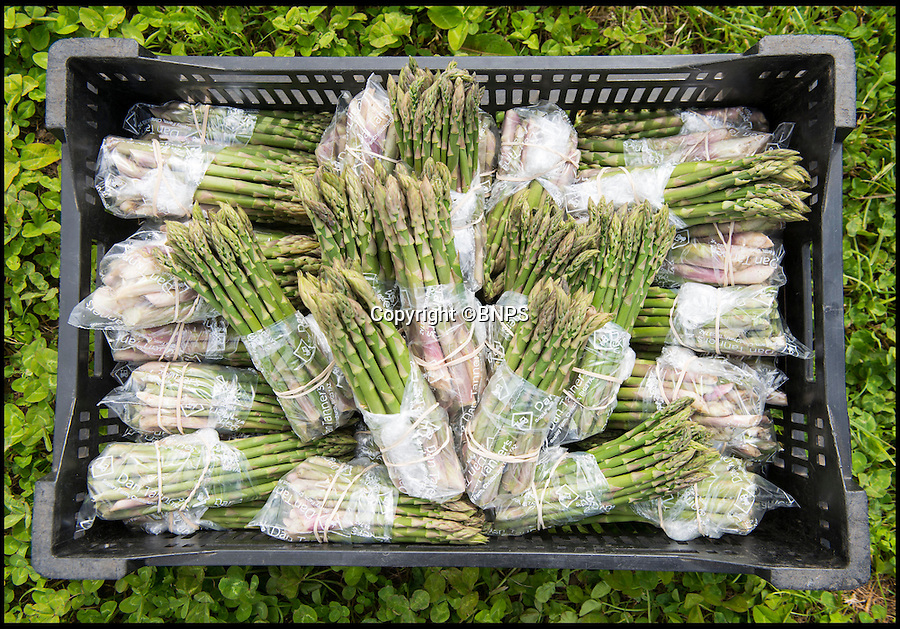 British asparagus growers are about to be speared by a double whammy of bad fortune brought on by the country's up and down weather.

The short eight-week season for picking the delicacies should have begun in the last week of April but farmers were forced to shelve their harvest for two weeks because of the chilly start to spring.

Because the asparagus season comes to a strict end on June 21, the delay means overall yield will be lower this season hitting growers in the pocket.

But in a second set-back they are now forecasting plummeting prices due to a sudden glut of asparagus caused by warmer weather over the last fortnight flooding the market.
©BNPS 25 May 2016 4800x3352 / 1.9MB