Add to Lightbox
Image 1 of 1
BNPS_SwanArrested_04.JPG 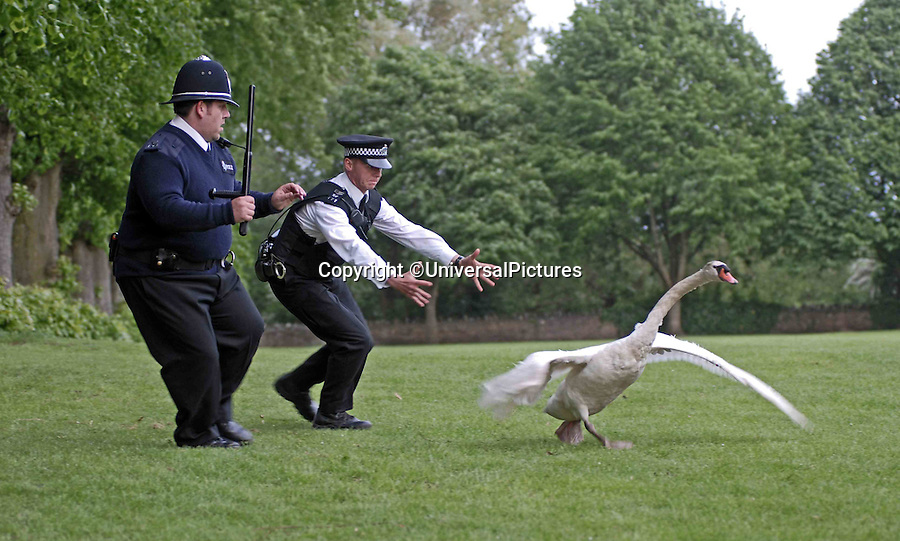 Simon Pegg and Nick Frost chase a swan in a scene from Hot Fuzz.

This is the hilarious moment two police officers captured a runaway swan - by throwing a hi-vis jacket over it.

Bemused motorists reported seeing the stray water bird waddling along a pavement next to a busy road in Christchurch, Dorset, during rush hour.