Add to Lightbox
Image 1 of 1
BN_WaxworksSale_019.jpg 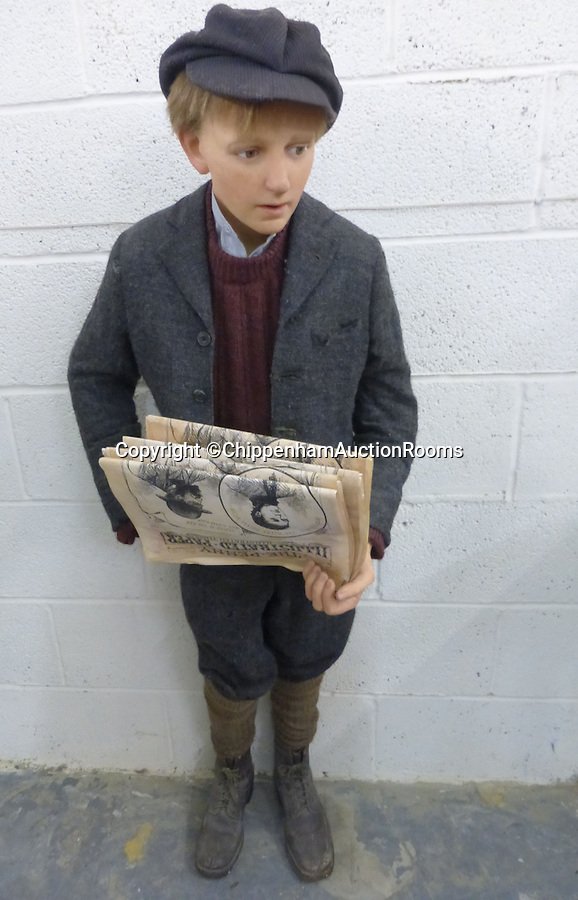 Henry VIII came face to face with his many wives at the Chippenham Auction Rooms in Wiltshire.  A waxwork statue of Sir Winston Churchill has led a £20,000 sale of a bizarre assortment of lifelike figures of the great and the good.  The life-size model of the wartime Prime Minister in his pomp sold for nearly £8,000 to a private individual who plans to put it in his living room for display.  The next highest figure was that of a highly-realistic Henry VIII - and everyone of his six wives. The royal group sold for £3,600 to a television props company.  Other waxworks that sold included a figure of a Chelsea Pensioner, Tom Thumb dressed as Napolean Bonarpate and Queen Alexandra.  The figures were all sold by the owners of Yesterday's World, a provincial museum dedicated to British social history. The attraction, in Great Yarmouth, Norfolk, went out of business last November.
©ChippenhamAuctionRooms 28 Nov 2014 1643x2560 / 430.9KB