Add to Lightbox
Image 1 of 1
BNPS_EverestPaintings_01.jpg 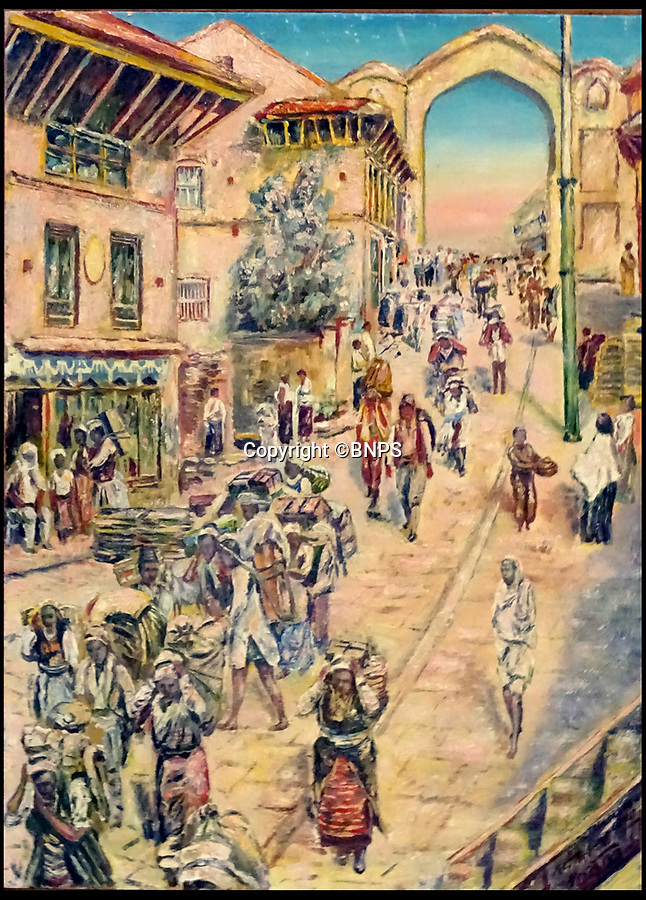 'The Trek Begins', the painting which is thought to show Hillary and his famous guide Tenzing Norgay in the centre, striding out on the trek.

The four oil paintings were the work of a member of the British expedition party that conquered the world's highest mountain in 1953.

The previously-unknown pictures include one of a strapping Hillary setting out for Everest base camp in March 1953 surrounded by Sherpa guides and native children.