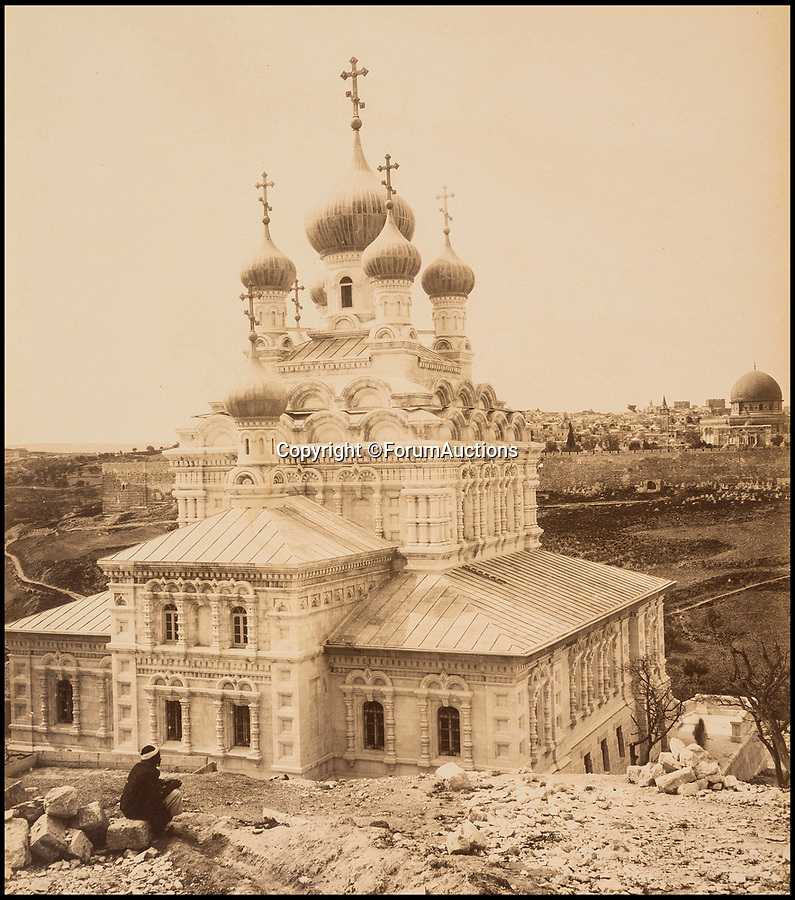 A Russian church in the Mount of Olives.

It was a pivotal time in the history of Palestine which was experiencing a major influx of Jewish settlers fleeing persecution in Eastern Europe.
©ForumAuctions 13 Dec 2017 4335x4911 / 2.6MB