Add to Lightbox
Image 1 of 1
BNPS_RareAppleComputer_06.jpg 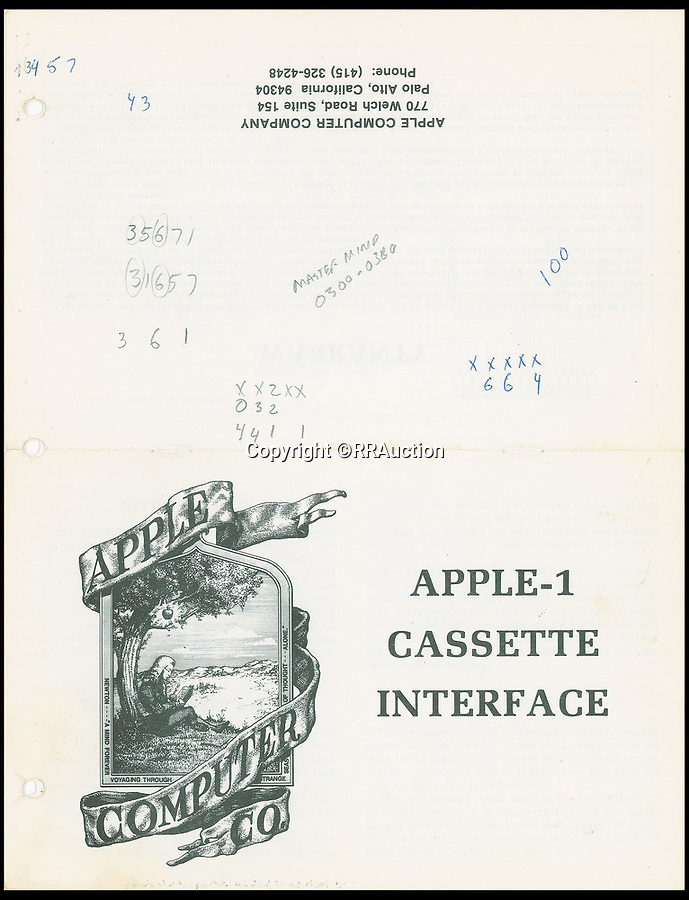 An original Apple Cassette interface manual, part of a rare Apple-1 computer up for sale for £230,000.

The collector's machine was one of 200 the late Apple founder and his associate Steve Wozniak designed, created and sold in 1976.

There are believed to be about 60 Apple-1 computers in existence today, with only a handful still fully functioning.