Add to Lightbox
Image 1 of 1
BNPS_AlexanderFlemingMouldSale_07.jpg 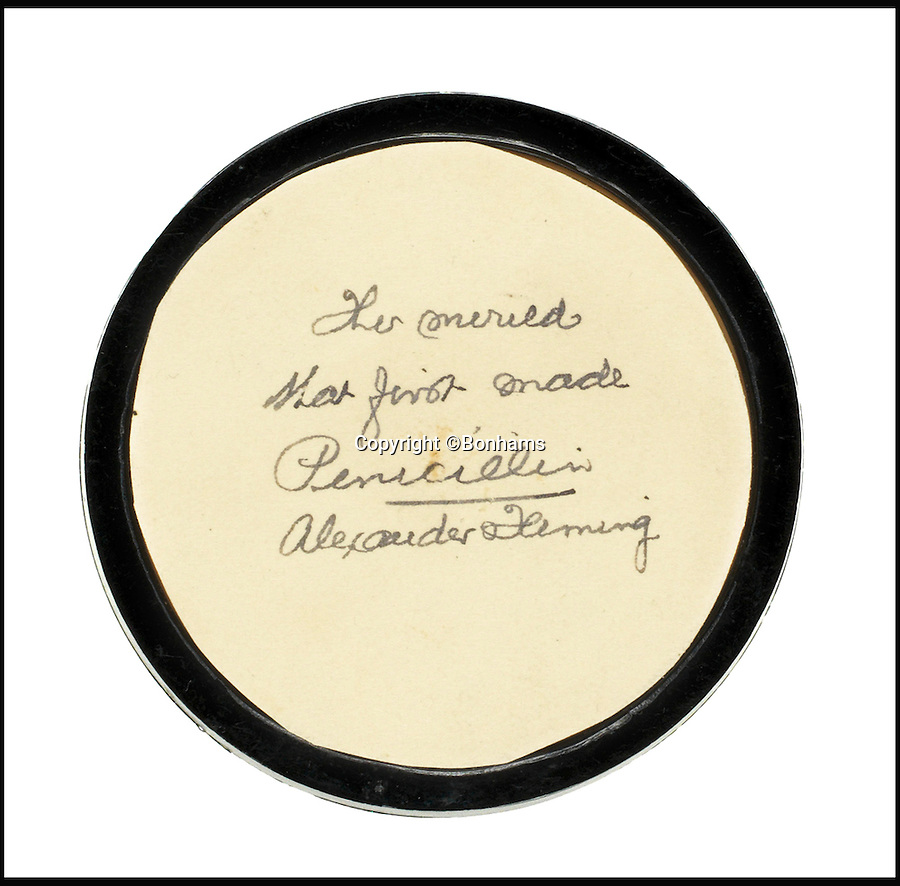 One of the two moulds Fleming gave to his neice Mary Anne Johnston. - Not much to look at, but his penicillin discovery has gone on to save millions of lives.

Indeed, as part of the archive that has emerged at Bonhams is a poignant letter of thanks from a father to the biologist for helping to save his daughter's life.
©Bonhams 6 Feb 2017 3082x3032 / 588.8KB