Add to Lightbox
Image 1 of 1
BN_Lightning_05.jpg 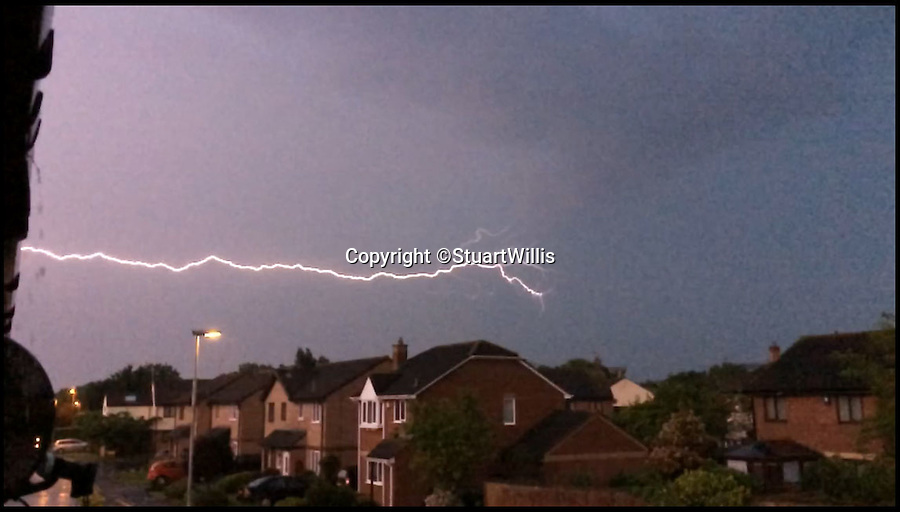 A huge bolt of lightning forks sideways over rooftops as thunderstorms brought on by the recent hot spell swept across Britain.

The dramatic weather conditions formed as warm air clashed with a cold front moving in over the country.

The storms marked the end of a mini heatwave which culminated in the hottest day of the year so far yesterday (Mon) with temperatures hitting a sultry 26 degrees in the south east.

The apocalyptic scene was caught on camera by Stuart Willis, who snapped the photos on his iPhone from his bedroom window in Taunton, Devon.
©StuartWillis 20 May 2014 1147x653 / 101.2KB