Add to Lightbox
Image 1 of 1
BN_GiantCricketBatCarvedFromTree_05.jpg 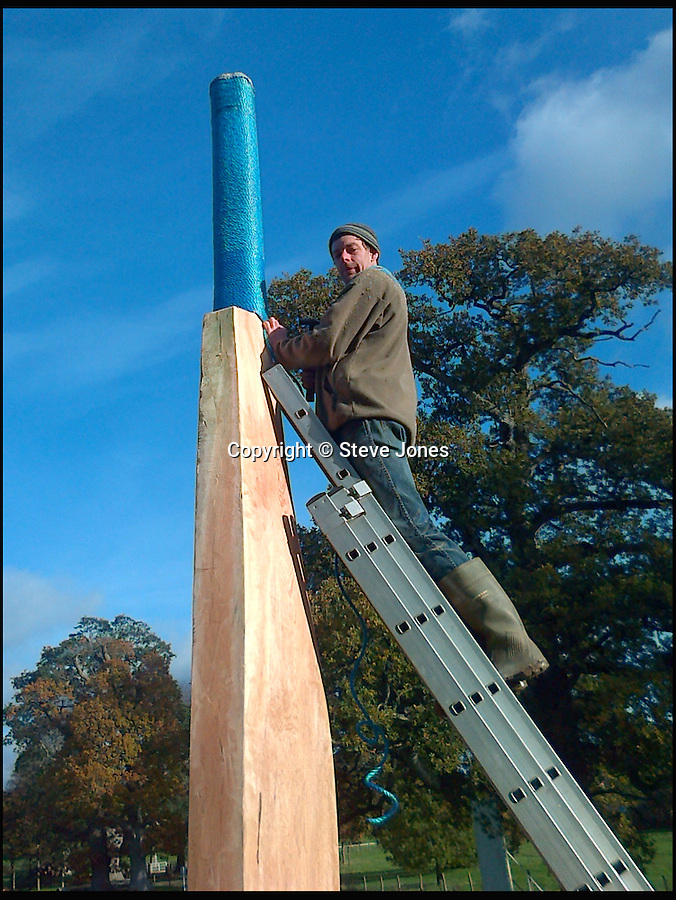 Bruce Kerry adds the large grip to the bat.

A village cricket club has turned a beloved tree that has stood on the boundary of their ground for 125 years into a giant carving of a cricket bat after it was condemned.

The 16ft tall wooden bat took a tree surgeon and an assistant 18 months to carve after members of Shobrooke Park Cricket Club couldn't bring themselves fell the storm-damaged Scots Pine.