Add to Lightbox
Image 1 of 1
BNPS_RockerKurtCobainsGown_02.jpg 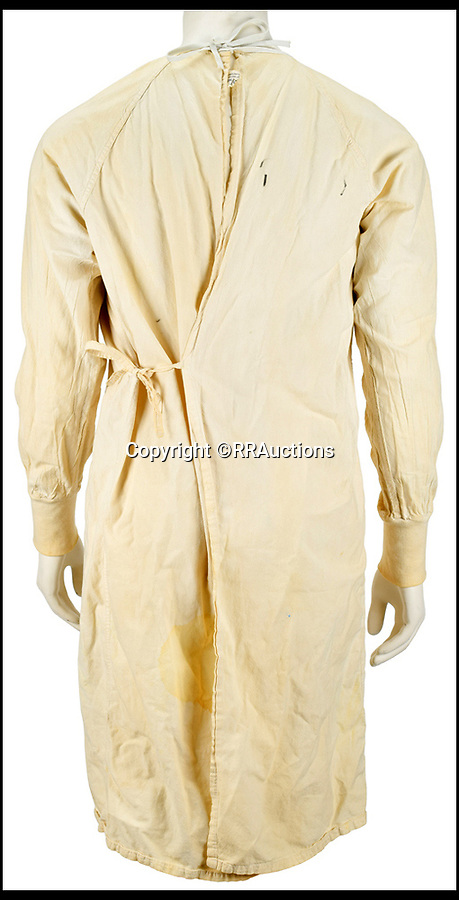 A hospital gown worn by legendary rocker Kurt Cobain during an iconic Reading Festival set has emerged for sale for £40,000. ($50,000)

The Nirvana frontman chose the unusual attire to poke fun at media speculation about his wellbeing ahead of their performance on August 30, 1992.

He was pushed on stage in a wheelchair and pretended to collapse before jumping up and delivering a blistering set considered to be one of the band's finest.

Two years later Cobain committed suicide and his on-off partner Courtney Love gave the gown to a shocked fan who had attended a vigil for him.