Add to Lightbox
Image 1 of 1
BNPS_InColourWW1Photos_04.jpg 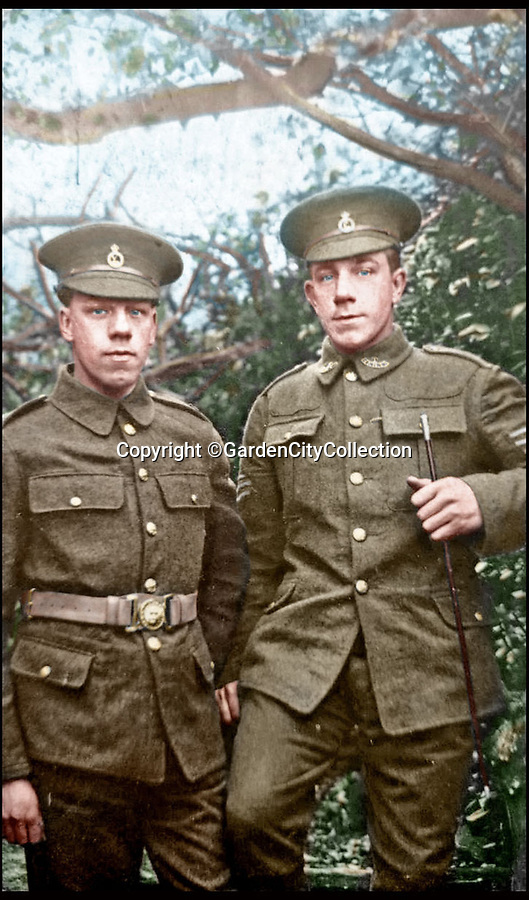 Jack and Walter Satterwaite pose for a photo in c.1914. Jack was kiled in action in April 1916, Walter was seriously wounded, dying as a result in 1962.

Black and white photos of British Tommies preparing for the First World War have been brought to life after they were digitally colourised to mark the 100th anniversary of the start of the conflict.

Some of the snaps show soldiers in vivid colour getting battle-ready at training camps in the Home Counties in July 1914.

Others depict the men dressed in their smart green uniforms on parade in a market square on the eve of war and then stood on a train station platform as they head off for France.

As well as being filled with colour, some of the photos are tinged with poignancy as many of the men pictured never came back.
©GardenCityCollection 29 Aug 2018 727x1237 / 225.5KB