Add to Lightbox
Image 1 of 1
BN_WarriorCarving_04.jpg 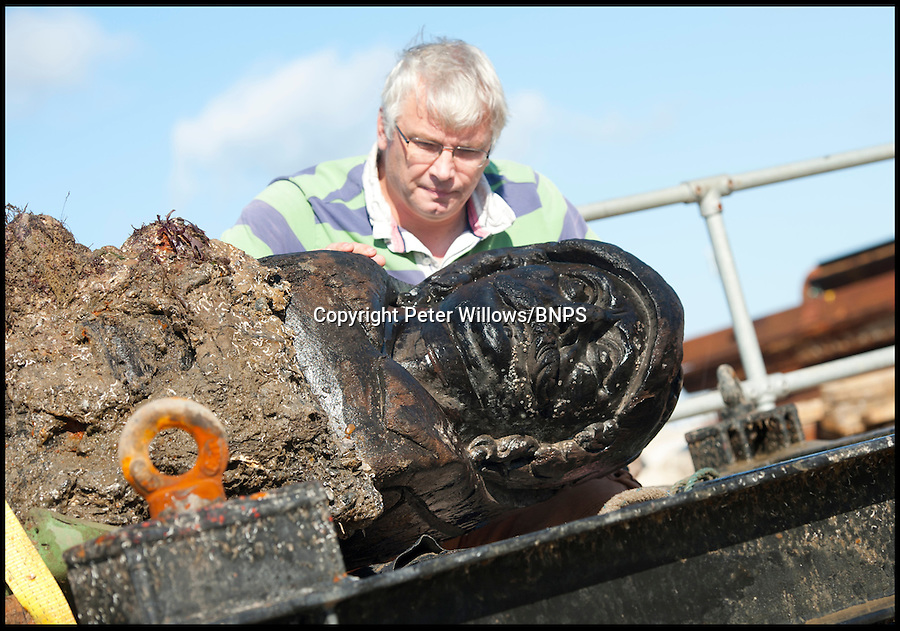 Marine archeologist David Parham from Bournemouth Universtiy inspects the carving at the top of the rudder from of the 130ft long merchant vessel, which would have been one of the largest of its kind on the seas at the time.

A spectacular carving of the face of a moustachioed warrior today greeted archeologists as they raised part of a huge 17th century ship wreck in the English Channel. The intricate work of art was engraved into the 28ft long rudder section of the Dutch wooden trading ship that sunk off Poole, Dorset, in 1628. Its accidental discovery by a dredger led to six years of underwater investigations which prompted experts to hail the find as the most significant since the Mary Rose.
Peter Willows/BNPS 19 Aug 2013 3681x2581 / 1.8MB