Add to Lightbox
Image 1 of 1
BNPS_LawrenceOfArabiasSandals_03.jpg 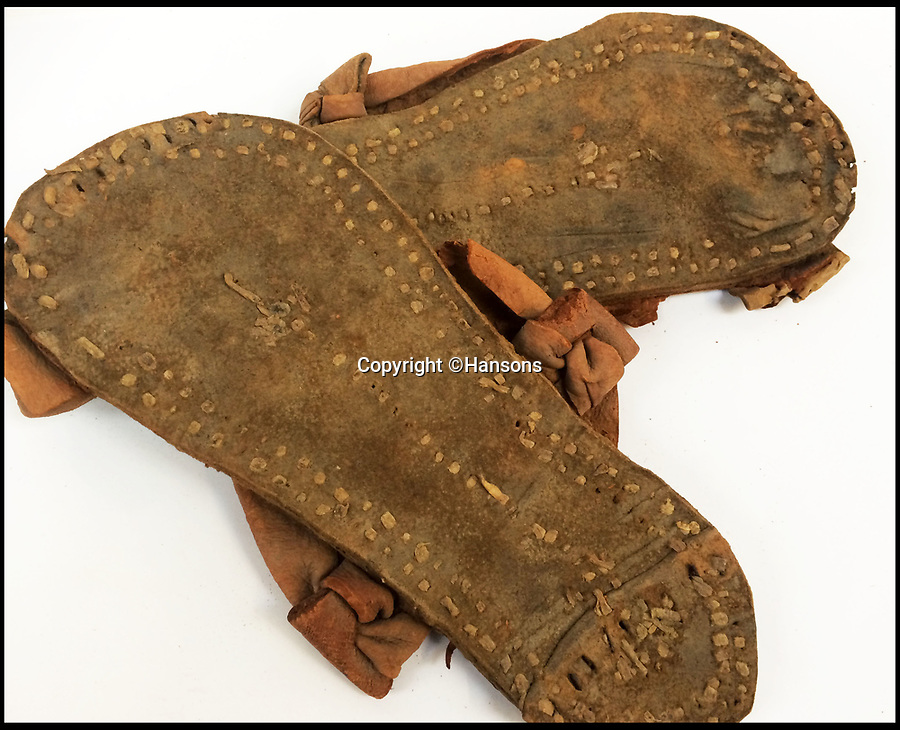 An extraordinary archive of items relating to legendary soldier Lawrence of Arabia has emerged...Including the desert hero's arabian sandals!

The collection has come from Rodney Havelock Walker whose parents were friends of the enigmatic T E Lawrence and lived near his Clouds Hill home in Dorset.

As well as the leather sandal's there is a early edition of the Seven Pillers of Wisdom, a school prize book presented to Lawrence in 1903 and a photograph of Cyrene taken by Lawrence before the war.

Also included is a poignant christening picture of Rodney Havelock Walker on 10th November 1935, its annotated by his parents as being in Lawrence's own christening robes. The war hero had died in suspicious circumstances just 7 months earlier.