Add to Lightbox
Image 1 of 1
BN_DataSTICKIES_03.jpg 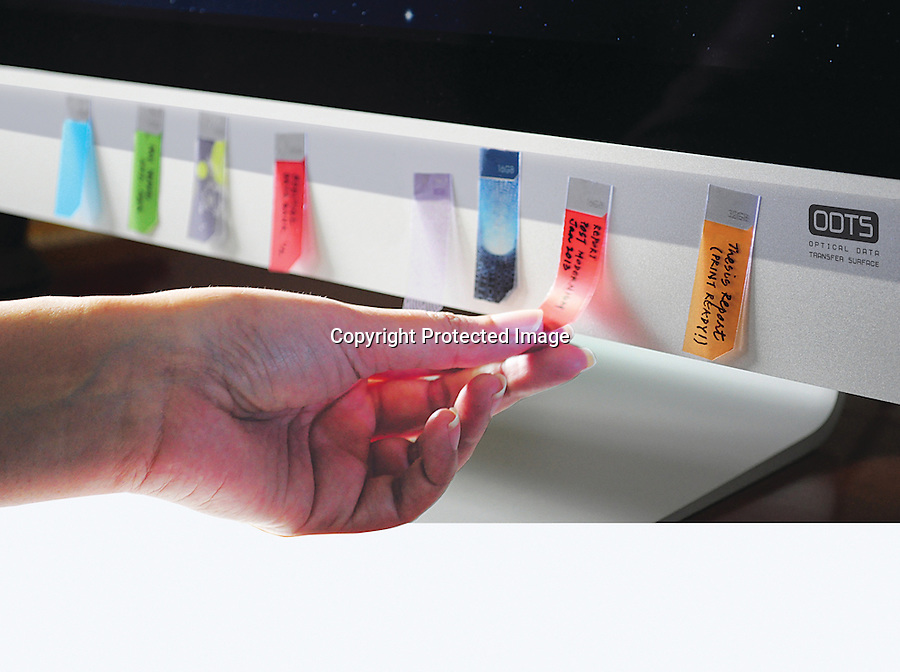 Boffins have invented revolutionary data storage devices that looks like post-it notes and only need to be stuck onto computers to transfer files.

The tiny, paper-thin drives can be stacked on top of one another like real post-it notes then peeled off as and when they're needed.

The user can then stick them to the front of their computer, TV, smartphone or tablet to transfer data from them via a special adhesive.

They are made from graphene, a ground-breaking new material made of a single layer of carbon atoms, and come in a range of different sizes up to 32 gigabytes.

The clever devices, called Datastickies, are still being developed but it is hoped they will one day replace popular USB drives.