Add to Lightbox
Image 1 of 1
BNPS_HogletCrisis_07.jpg 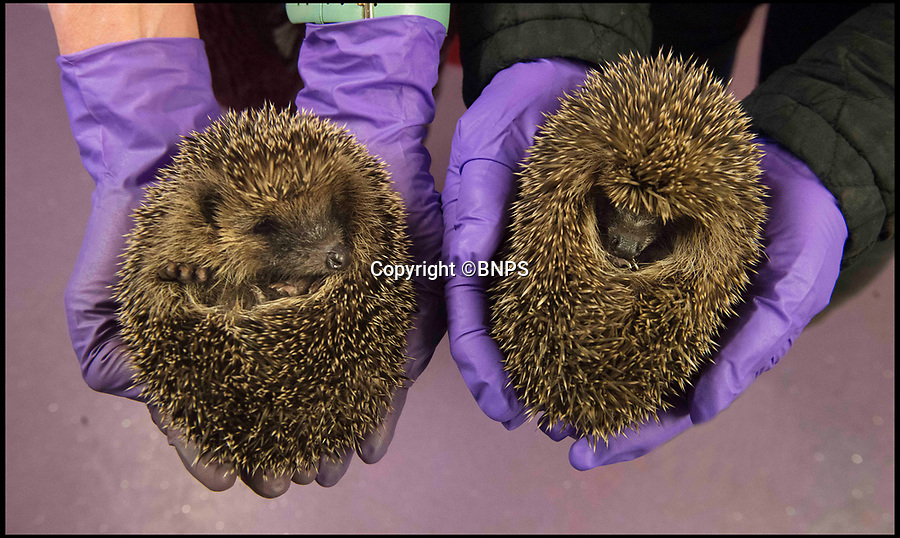 Wiltshire Wildlife Hospital near Salisbury have had nearly 300 hoglet admissions.

Hogletarian crisis...Rescue centres across Britain are being overwhelmed by thousands of juvenile hedgehogs this winter - with some being forced to close their doors to new admission's due to a lack of food and blankets to look after them.

Thousands of hoglets are being admitted to animal sanctuaries because they were born during the mild autumn but have not had enough time to put on weight for winter hibernation.

But the centres, most of which rely on donations to provide their service, are struggling to cope with the huge numbers coming in.

Many are appealing for extra donations to take up the strain of caring for so many hedgehogs, with some saying they will be forced to close if they don't get more funding urgently.
©BNPS 18 Dec 2017 7142x4272 / 4.4MB