Add to Lightbox
Image 1 of 1
BNPS_BondRolex_03.jpg 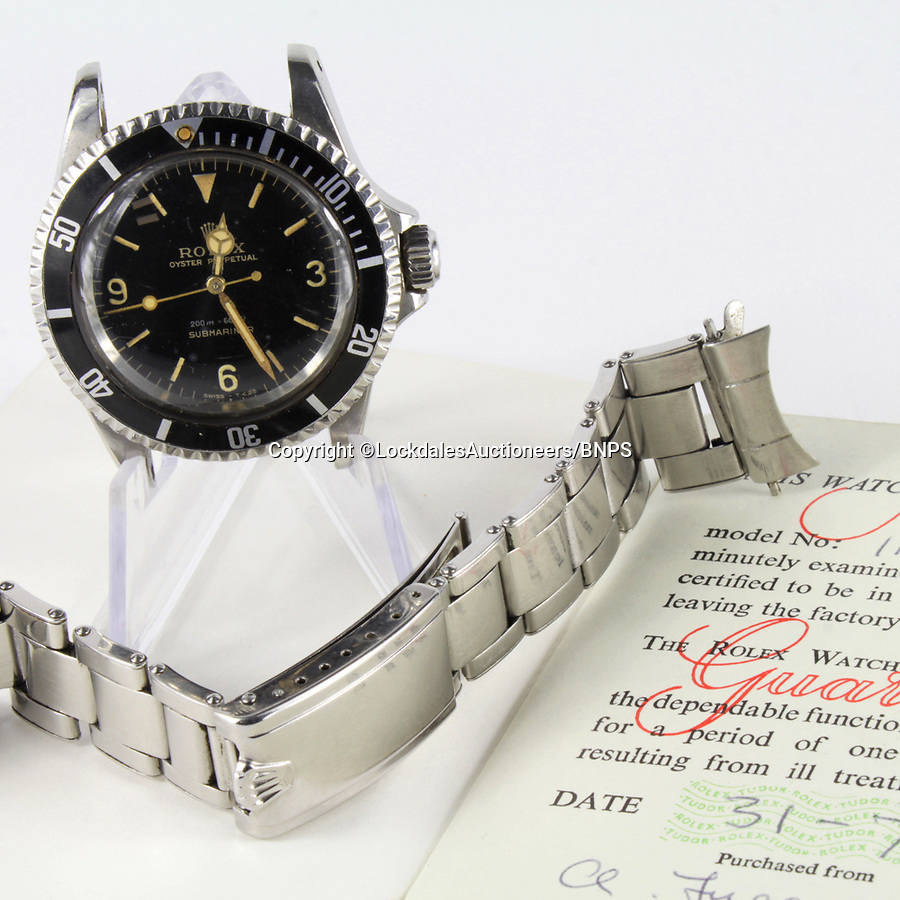 The vintage Rolex Oyster Perpetual Submariner timepiece is almost identical to the one worn by Roger Moore's Bond in Live and Let Die.

He also donned a similar wristwatch in The Man with the Golden Gun, while George Lazemby wore one in On Her Majesty’s Secret Service.

This one dates back to 1964 and had been in the same family in East Anglia since new.

It sparked a bidding war when it went under the hammer with Lockdales Auctioneers, of Martlesham Heath, Suffolk.
©LockdalesAuctioneers/BNPS 16 Jan 2020 1728x1728 / 1.4MB