Add to Lightbox
Image 1 of 1
BNPS_GreatEscapeMurderInvestigation_014.jpg 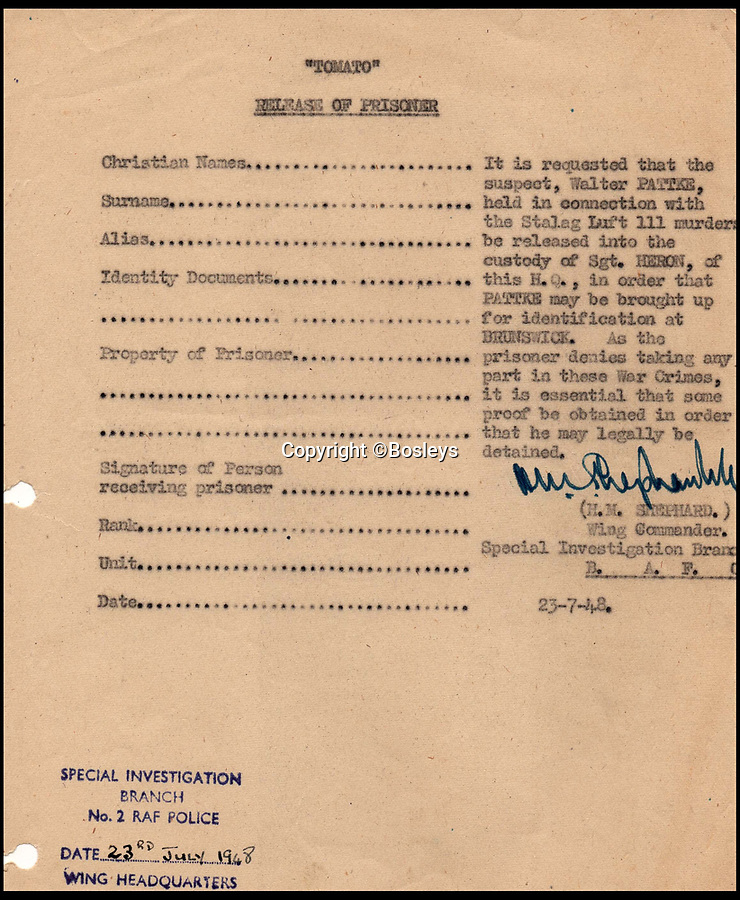 Operation 'Tomato' - The collection of Walter Pattke to be brought to Brunswick for questioning.

The documents, that include custody mugshot photos and fingerprints of Gestapo suspects, have been put up for sale through Bosley's Auctioneers.
©Bosleys 26 Jun 2018 2316x2817 / 820.6KB