Add to Lightbox
Image 1 of 1
BN_SoldiersPhotoReturned_02.jpg 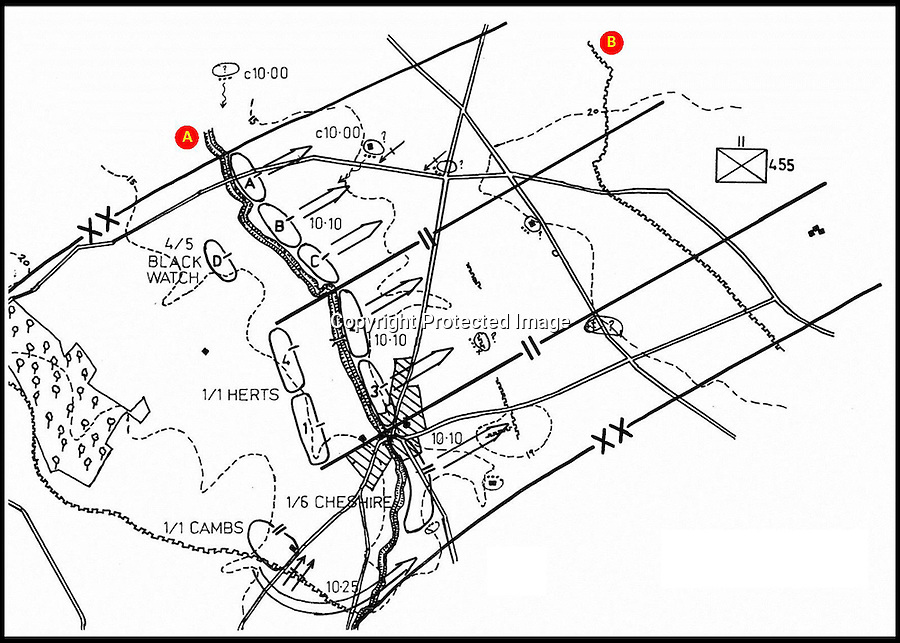 A shows the course of the Steenbeek River, B is the German third line trench system.

The incredible story of how a dying soldier's last wish for a photo he was found holding
be returned to his family was fulfilled by the German who killed him has emerged.

Sergeant Percy Buck clutched the black and white photo of his wife Bertha and young son Cyril as he lay fatally wounded in a shell hole on the Western Front.

On the back, he had earlier written his address and asked for whoever found the photo to post it back to his loved ones in the event of his death.

Sgt Buck would have assumed it would be a British comrade who would do the kindly deed if required.

But the person who recovered the poignant image from his body was Gefreiter Josef Wilczek, the German soldier who is most likely to have fired the shots that killed Sgt Buck.
P Yeomans 12 Mar 2014 1772x1265 / 491.2KB