Add to Lightbox
Image 1 of 1
BNPS_JohnLennonDoodles_08.jpg 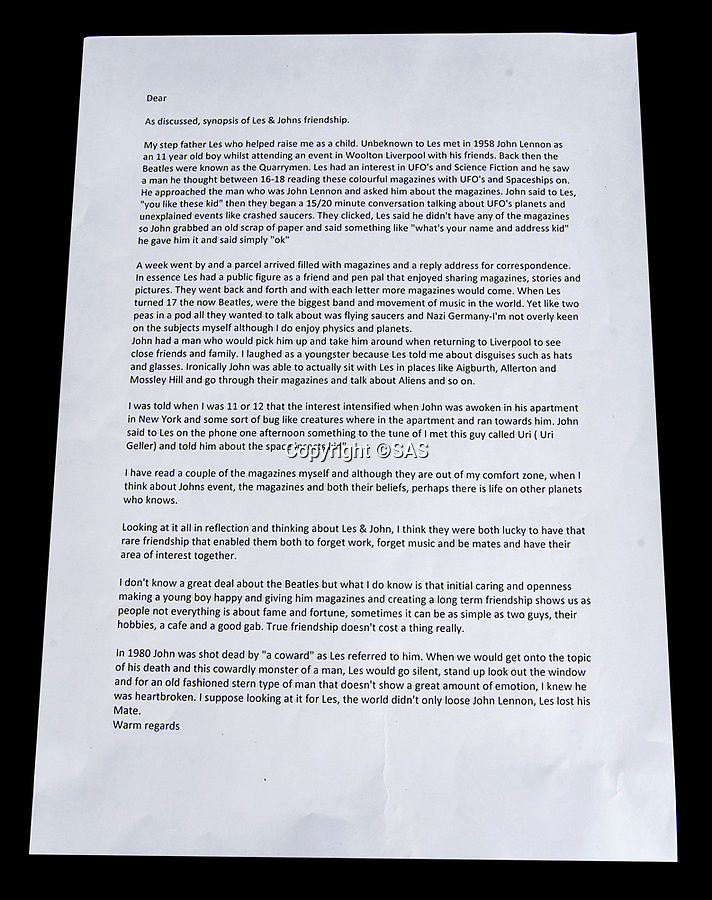 An account of how John Lennon and Les became friends.

A set of childish doodles by John Lennon reminiscent of fantasy characters from Yellow Submarine are set to sell for a whopping £30,000.

Lennon scribbled the peculiar looking faces in 1965 while Britain was in the midst of Beatlemania - three years before the surreal animation was released.

The bizarre humanoids are similar to the army of Blue Meanies and Beatles befriender Jeremy Hillary Boob from Yellow Submarine.

He later sent them to his longtime penfriend and fellow sci-fiction fan Les Hanmer. His family are now selling them at SAS auctions of Newbury, Berks.
©SAS 9 May 2017 2455x3103 / 1.7MB