Add to Lightbox
Image 1 of 1
BN_Glamping...SovietStyle_05.jpg 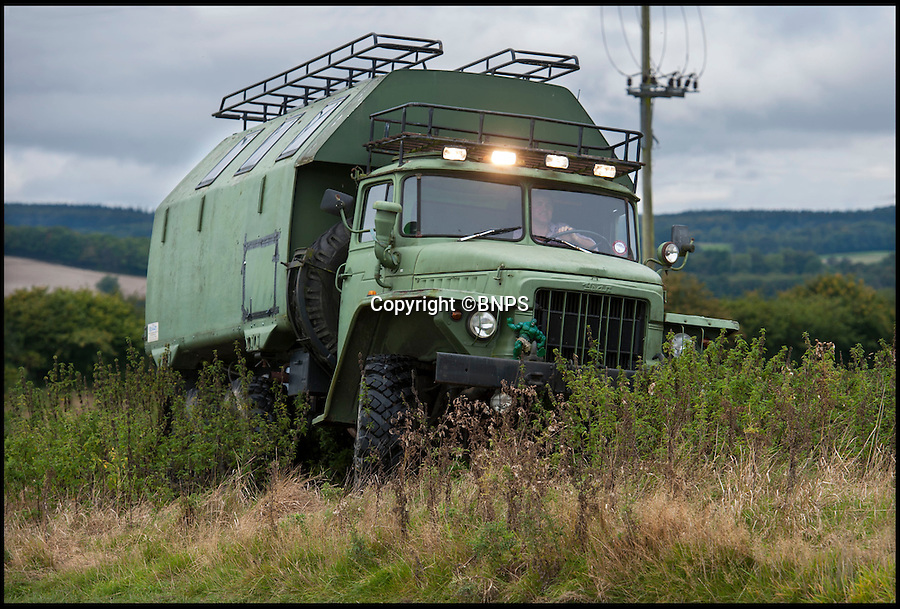 Chris, 41, has converted the back of the 12.5 ton six wheel drive into luxury accommodation that has a double bed, shower, toilet and its own kitchen with fridge.

He turns heads whenever he roars onto a countryside campsite in the beast and has actually been banned from several parks because of the sheer size of his communist camper.