Add to Lightbox
Image 1 of 1
BNPS_ReturnToSender_07.jpg 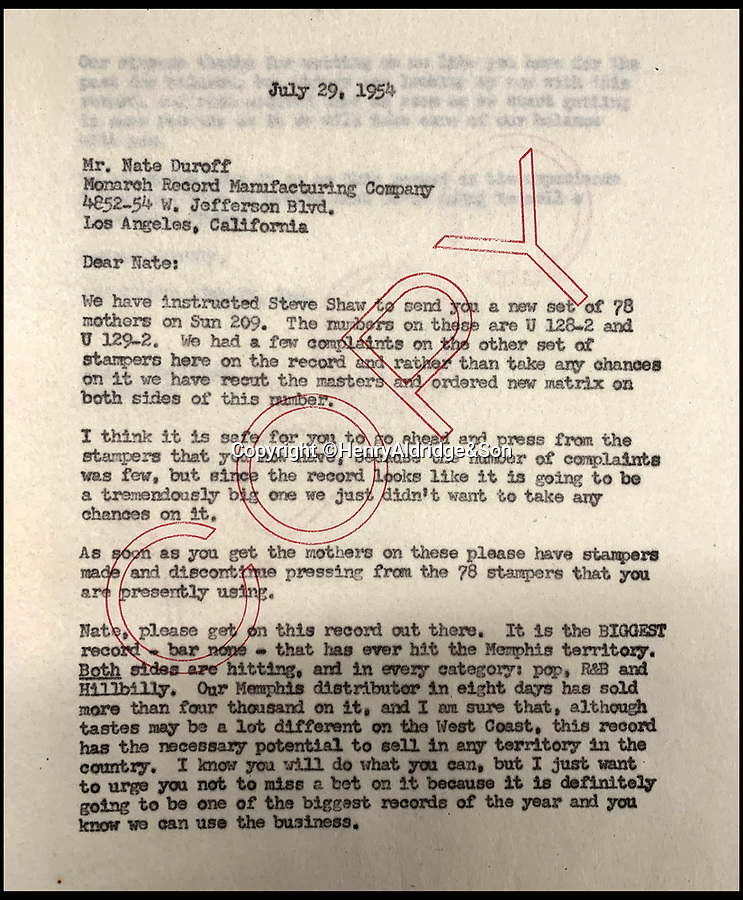 Sam Philips pleads with a record plant to press more Thats All Right singles, 'It is the BIGGEST record - bar none- that's has ever hit Memphis'.

The archive of 47 letters includes several rejection letters and is being sold by Henry Aldridge and Son of Devizes, Wilts.
©HenryAldridge&Son 18 Jun 2019 2873x3480 / 1.4MB